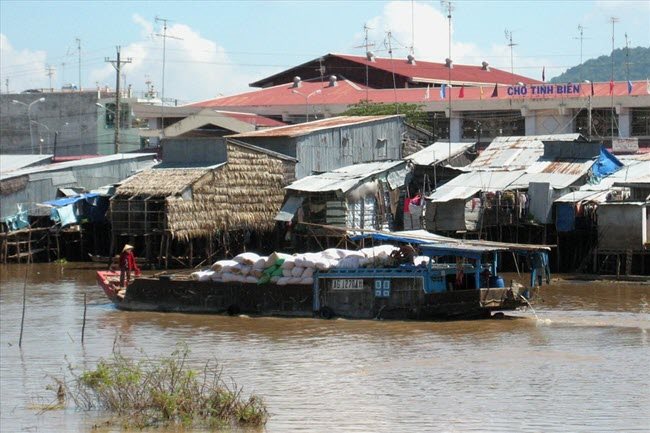 HCMC – Chau Doc City and Tinh Bien District in the Mekong Delta province of An Giang began social distancing in line with the prime minister’s Directives 15 and 16 starting today, July 6, in an attempt to cushion the spread of Covid-19.

This is considered one of the drastic moves that the local authorities have adopted to cope with the complicated developments of the disease.

During the social distancing period, meetings and events with over 20 people in one room, festivals, cultural, sports and religious activities are required to stop.

Non-essential services such as gyms, hair salons, karaoke and massage parlors have to cease operations. People have to keep a distance of at least two meters from each other in public places. Moreover, gatherings of more than three people outside offices, schools and hospitals are banned.

Besides this, eateries and coffee shops are only allowed to offer take-away services. Meanwhile, essential businesses offering food, medicines, electricity, water and fuel products will remain in operation but have to follow anti-virus measures.

Earlier, the province’s An Phu District imposed social distancing restrictions in many localities.

To date, An Giang Province has reported 45 domestic infections in the fourth coronavirus wave, which began on April 27.