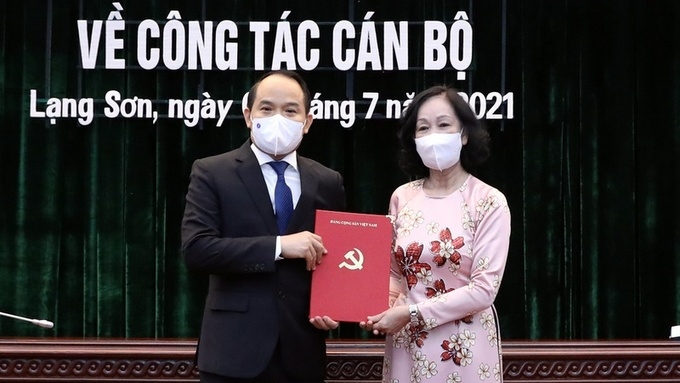 At a conference held in Lang Son Province on July 1, Politburo member, Secretary of the PCC and Head of the PCC’s Commission for Organisation Truong Thi Mai announced the Politburo’s decision on the assignment.

Accordingly, Doan resigned as Standing Deputy Secretary of Thua Thien – Hue Provincial Party Committee for the 2020-2025 tenure in order to take on the new position.

At the conference, Politburo member Truong Thi Mai congratulated Nguyen Quoc Doan on his new mission as well as expressed her hope that he will continue to promote his capacity and devote his enthusiasm to the development of Lang Son Province.

For his part, Secretary of Lang Son Provincial Party Committee Nguyen Quoc Doan promised that he will strive to uphold the tradition of the border land and the experience of his predecessors while improving his political bravery, maintaining his moral qualities and dedicating himself to the province’s development.

He affirmed that he will work together with Lang Son authorities to successfully implement the socio-economic development, maintain local defence and security, and protect the national border.