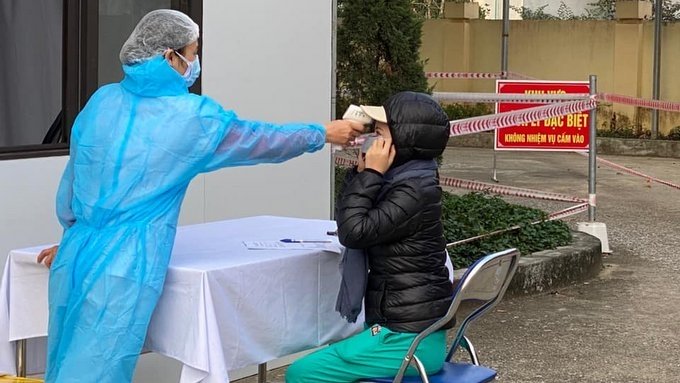 The imported infections were put under quarantine immediately upon their arrival in the southwestern province of Tay Ninh.

Of the domestic cases, 124 were detected in Ho Chi Minh City, 57 in Binh Duong, 12 in Dong Nai, 10 in Quang Ngai, six in Ba Ria - Vung Tau, five in Dong Thap, four in each of Nghe An, An Giang, and Phu Yen, three in Bac Ninh, and two in Da Nang and two in Bac Giang. Among them, 221 cases were detected in quarantine or sealed-off areas.

As of 6:30pm, Vietnam confirmed 15,065 domestic and 1,798 imported cases. A total of 6,840 patients were given the all-clear, while the death toll reached 81. The latest death was a 61-year-old male from Ho Chi Minh City with a medical history of pulmonary tuberculosis.

Of the patients who are still under treatment, 278 tested negative for the novel coronavirus once, 14 twice and 81 thrice.

The number of local infections since the fourth wave of COVID-19 outbreaks hit the country on April 27 amounted to 13,495, of whom 4,066 have recovered. Fourteen localities went through two weeks without new infections in the community.