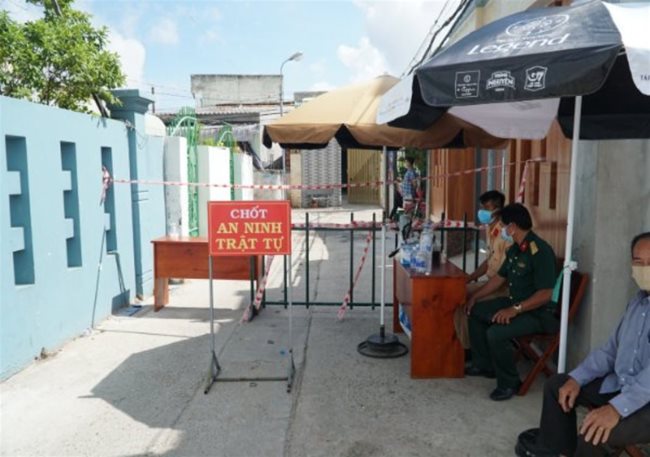 He returned to the commune for 10 days after his fishing trip in the waters bordering Indonesia.

On June 28, he developed some symptoms of a cough, fever and sore throat and visited a general clinic in Phuoc Hung Commune for a medical checkup. The man was told to stay in a quarantine room and undergo a screening test, but he left the site and traveled to Ba Ria Hospital.

The result of his quick test taken at Ba Ria Hospital came back positive for Covid-19, while the RT-PCR test conducted by the Ba Ria-Vung Tau Center for Disease Control also showed he was infected with the virus.

Phan Thach, chairman of Phuoc Tinh Commune, said that after being notified of the case, the competent forces quickly set up several checkpoints in the commune and put 129 households with 500 people under lockdown to prevent the spread of Covid-19. The samples of these people have been taken for testing.

Besides, the province also locked down the Emergency Department of Ba Ria Hospital to have the site disinfected.

Over 200 people, including 36 medical workers, were found to have come into close contact with the Covid-19 case, the first domestic Covid-19 infection in the province in the current fourth wave of the coronavirus, which began on April 27, the local media reported.