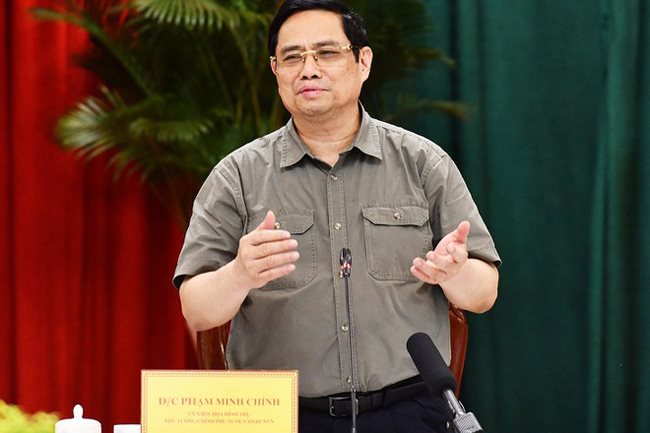 HCMC – Prime Minister Pham Minh Chinh, at a meeting with leaders of Dong Nai Province on June 27, told the province to consider allowing those in direct contact with Covid-19 patients to self-isolate.

The prime minister also asked Binh Duong Province to implement the plan at a meeting on the same day, the local media reported.

Dong Nai should work out appropriate quarantine strategies and come up with television and propaganda programs wherein experts show local residents how to carry out anti-virus measures.

The disease may spread to Dong Nai. Therefore, the PM said, Dong Nai should prepare for the worst-case scenario.

The prime minister asked the province to continue striving toward the dual goals of fighting the pandemic and ensuring stable socioeconomic development.

As for the quarantine of direct contacts of confirmed Covid-19 cases, the competent agencies must tighten control over centralized quarantine centers to minimize cross infection there.

In addition, the province should review employees and enterprises affected by the pandemic to come up with support policies.

Flexibility should apply when it comes to lockdown and social distancing, Chinh said, adding that the province must prevent the pandemic from spreading to industrial parks to prevent supply chains from faltering.

The province should consider the option of asking workers to concurrently quarantine and work at factories.

At the meeting, a Dong Nai representative said the pandemic in the province had been brought under control. In the first half of the year, the province recorded three community-transmitted cases.

However, the province on June 27 detected 10 new cases linked to the Hoc Mon wholesale market cluster in HCMC.