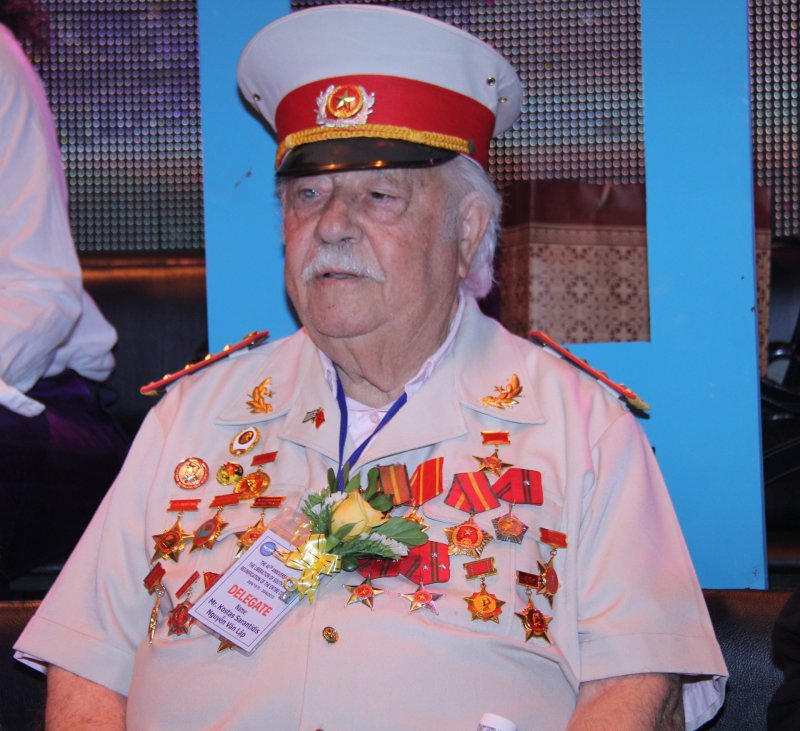 Sarantidis (also known as Nguyen Van Lap), the sole foreigner who was honoured with the title of Hero of the People's Armed Forces of Vietnam, passed away on June 25 (Vietnam time).

Born in 1927 in the Greek city of Thessaloniki, Sarantidis was only 16 when he was was forcibly sent to Nazi work camps in Germany during the Axis occupation of Greece in World War II

Lacking the identity documents to be repatriated back home after the war, he joined the French Foreign Legion and was later mobilised to Indochina.

Realising the true nature of the crusade, as well as the just resistance war of Vietnamese people, he followed the Viet Minh (the short name for Vietnam Doc Lap Dong Minh or Vietnam Independence League) . 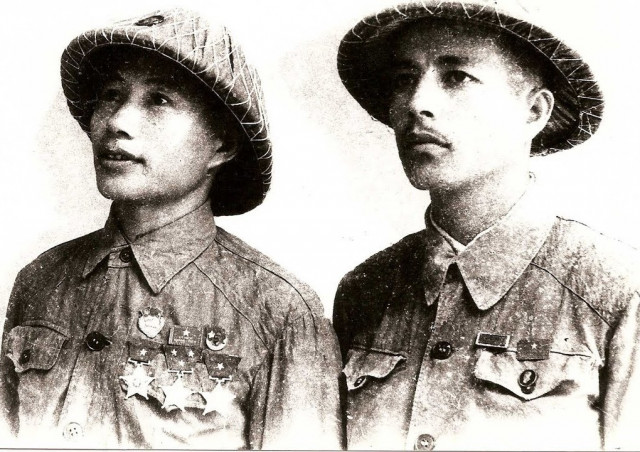 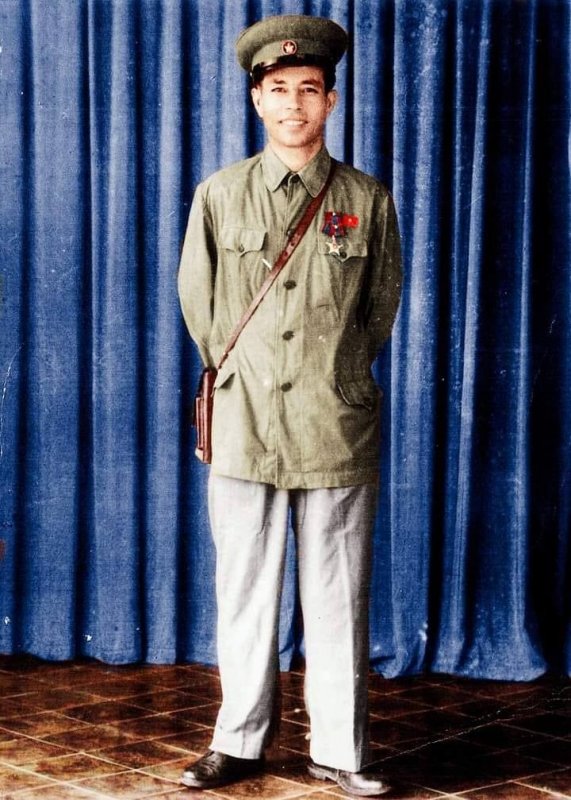 From 1946-1965, he served in the Vietnam People’s Army and other fields to boost friendship between Vietnam and Greece.

Sarantidis has been awarded many precious titles by the Vietnamese Party and State, including the Friendship Order in 2011, the Victory Medal-level third-class and the Resistance War Medal-second class. He received Vietnamese citizenship in January 2011.

In 2013, he was awarded with the title of Hero of the People's Armed Forces of Vietnam.

After the French Indochina War ended in 1954 Sarantidis relocated to North Vietnam where he married a Vietnamese woman and settled down. In 1965 the family returned to Sarantidis's home town in Greece where he continued to promote Vietnam-Greece relations.

Sarantidis organised many practical activities to support Vietnam, which he considers his second homeland. He joined the Communist Party of Greece, acting as a bridge linking the two Parties and Governments and tightening relations between the two countries.

He also formed the core of the Vietnamese Association in Greece, as well as raised funds for Agent Orange victims and the poor. 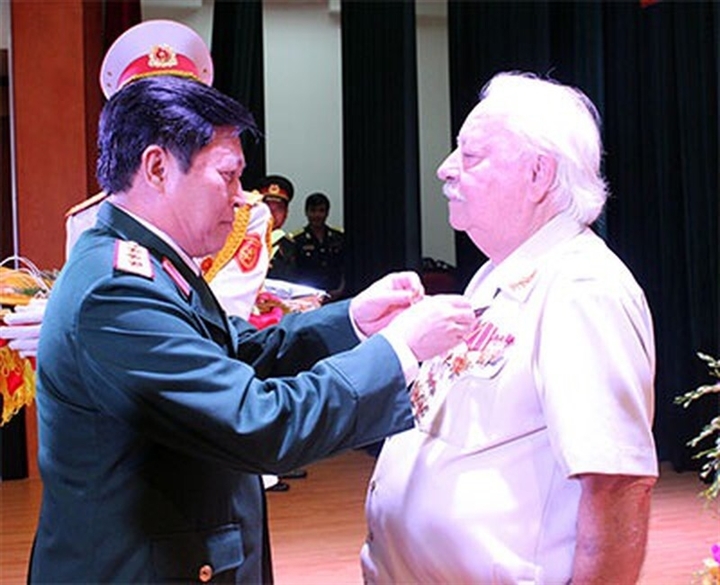 Kostas Sarantidis and international friends visited Vietnam at the invitation of the Vietnam Union of Friendship Organisations in 2015. 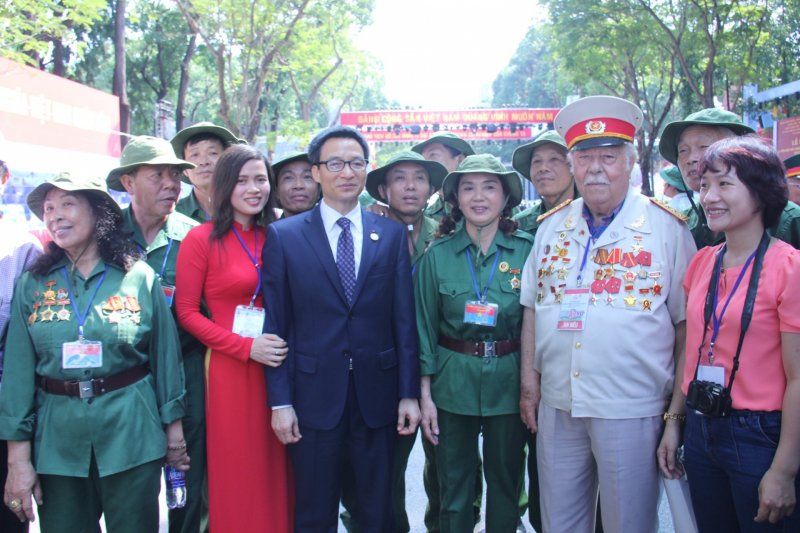 Kostas Sarantidis made various accomplishments during his service and was presented with awards from the Party and State. Source: VUFO. 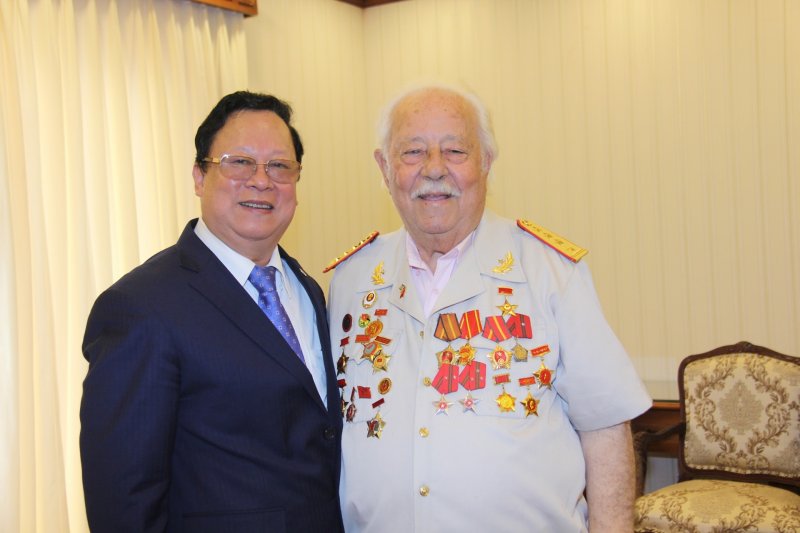 Kostas Sarantidis and former president of the Vietnam Union of Friendship Organisations. 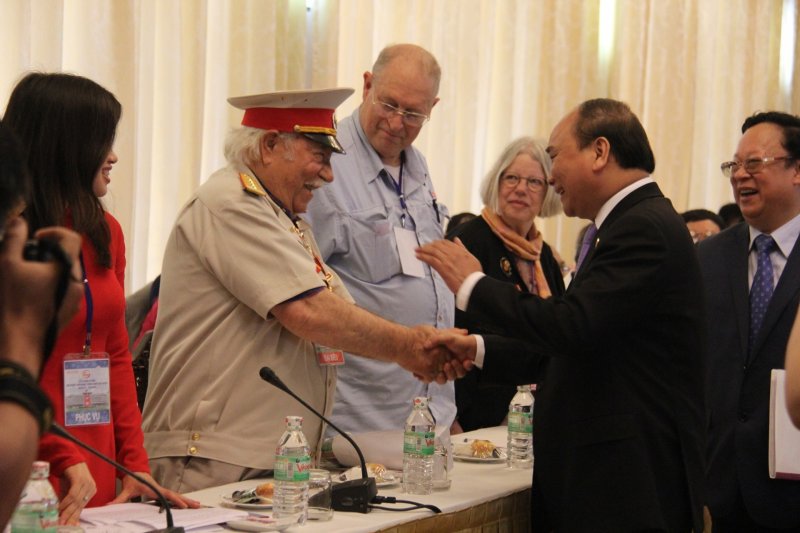 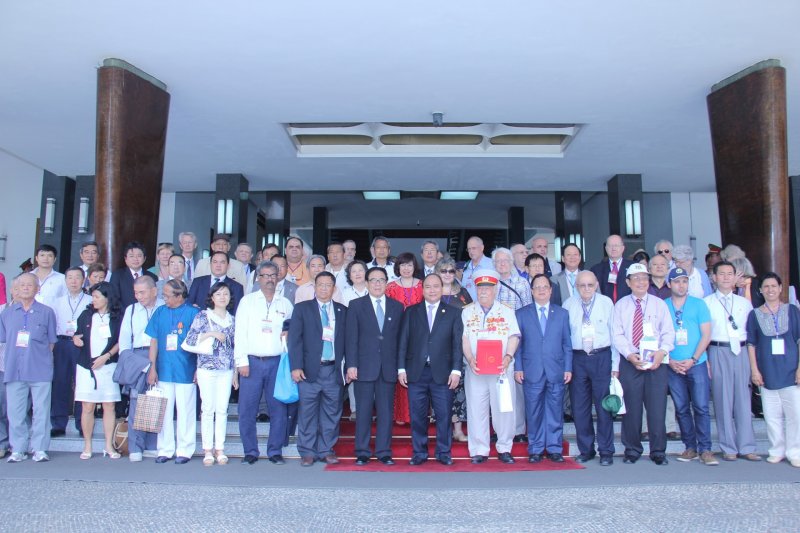 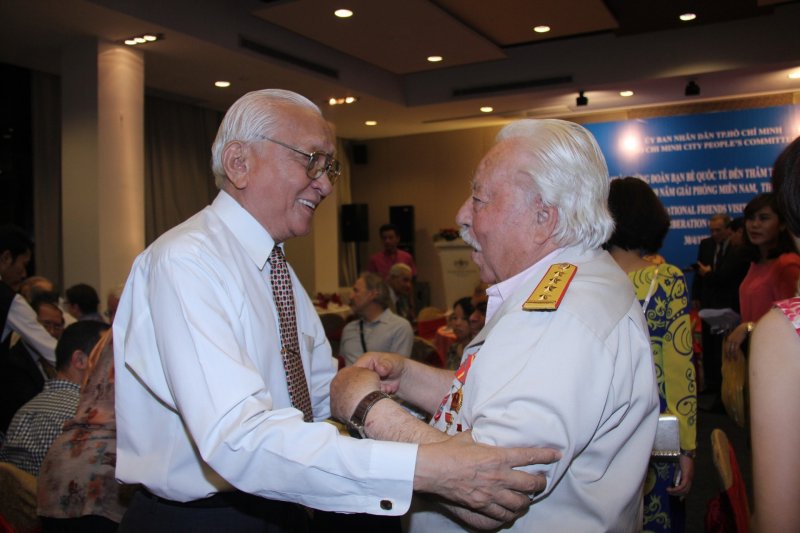