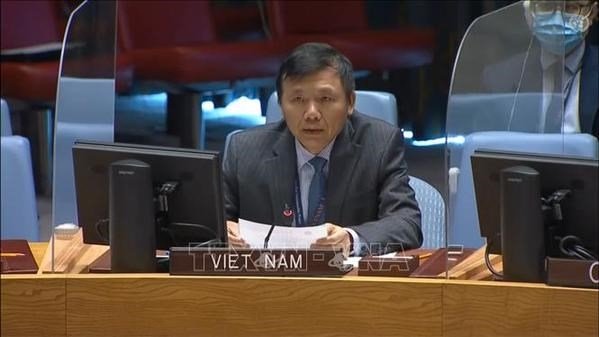 NDO/VNA – Vietnam on June 23 voted in favour of a United Nations (UN) resolution calling for an end to the decades-long economic, commercial and financial embargo imposed by the US against Cuba, and urged the US to reverse the current Cuba policies for the interest of both peoples and for peace, stability and development in the region and the world over.

The resolution was adopted by the UN General Assembly at a meeting the same day with 184 votes in favour, 2 against, and 3  abstentions.

Participants showed concern about negative impacts caused by the US unilateral measure as well as difficulties and challenges to the Caribbean country’s development in all fields. They underlined the need for the US to remove the embargo and commit to abiding by principles, objectives and spirit of the UN Charter, especially those on sovereignty equality and non-interference in other states' internal affairs.
Addressing the meeting, Ambassador Dang Dinh Quy, Permanent Representative of Vietnam to the UN, underscored that economic, commercial and financial embargo against Cuba, imposed in 1962, runs against international law and fundamental principles of the UN Charter.

This is an unfair and longest unilateral sanction system imposed against a country in the modern world history, he noted, adding that the embargo has resulted in great losses to Cuba, causing many difficulties to many generations of Cuban people.

Vietnam and the international community called on the US to immediately end the unilateral embargo against Cuba and let the country make equal and fair engagement into economic and trade relationships in line with international law, stated Quy.

He lauded Cuba’s willingness to continue dialogue and cooperation with the US on issues of shared concern as well as negotiations on bilateral matters on an equal and reciprocal basis and with respect to each other's national sovereignty and independence.