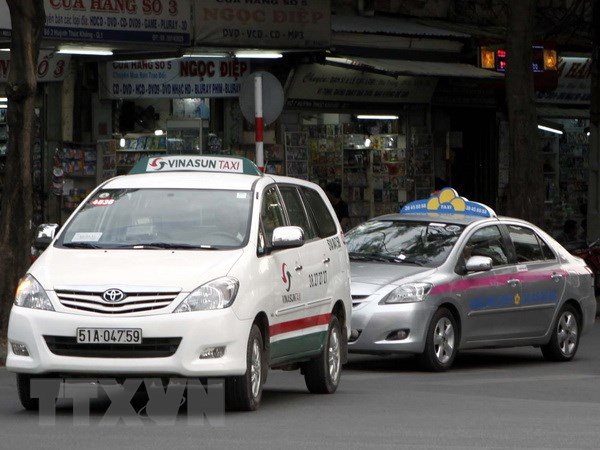 Taxis are seen on a street in HCMC. The HCMC Transport Department has over the past days realized that local residents have been facing difficulties in visiting hospitals and clinics due to the suspension of taxis and ride-hailing cars – PHOTO: VNA

HCMC – The HCMC Department of Transport recently proposed the municipal government consider allowing 400 taxis to resume operations, in order to transport residents to hospitals during the ongoing social distancing period in the city.

Following the directive, the Transport Department ordered the suspension of public passenger vehicles including commuter buses, coaches and transit cars starting from June 20. Taxis and contract cars with less than nine seats were asked to cease operations as well.

However, over the past few days, the Transport Department realized that local residents are facing difficulties in visiting hospitals and clinics due to the suspension of taxis and ride-hailing cars.

Therefore, the department suggested the city government weigh a plan that allows 200 taxis operated by Anh Duong Vietnam JSC (Vinasun) and 200 others operated by Mai Linh Group to offer their services during the period.