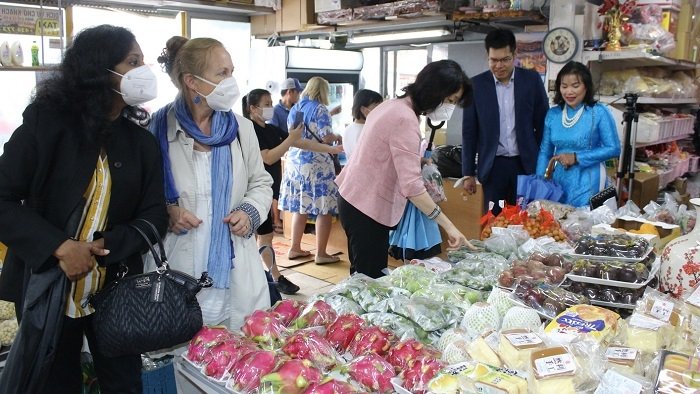 The trip was arranged by the Vietnamese Embassy in Czech in coordination with the SAPA Trade Centre and the Diplomatic Spouses Association in Prague (DSA).

Speaking at the event, Nguyen Thien Nga, spouse of the Vietnamese Ambassador to the Czech Republic, said the trip aimed to promote the culture, land, and people of Vietnam to international friends while helping the OV community in the host country understand more about the DSA’s operations, thus supporting the Vietnamese Embassy in its diplomatic activities.

Sharing about the trip, Ahmed Zahra - DSA President and spouse of the Pakistani Ambassador to the Czech Republic, hailed that it provided participants with a closer look in the land, people, and cultural diversity of Vietnam.

She said that, throughout the event, she was impressed by the friendliness and dynamism of the OV community in Czech.

Echoing the same view, Japanese Ambassador Hideo Suzuki said he was impressed by the robust development and dynamism of the OV community in Czech as well the cultural identities of the Vietnamese people.

Established in 1997, the DSA gathers around 50 member countries of the diplomatic corps in the Czech Republic. The DSA promotes multicultural understanding and dialogue between its members who coming from different countries. It also hosts fundraising events to support charity organisations disadvantaged people in the Czech Republic.