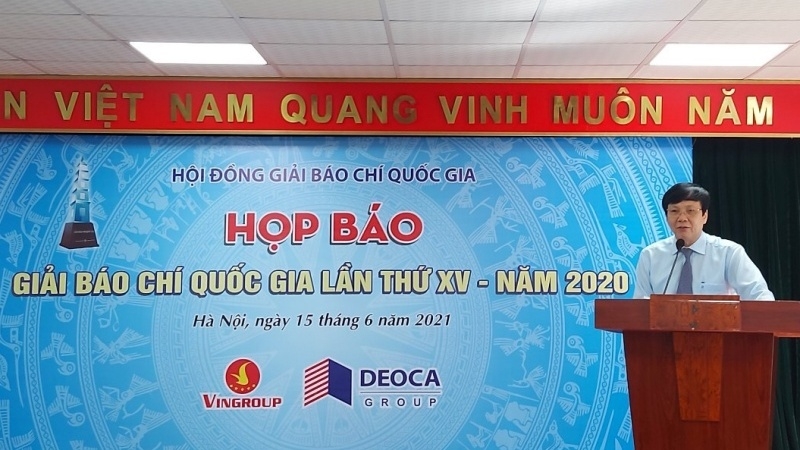 NDO/VNA – A special prize will be awarded for the first time ever at the 15th National Press Awards ceremony, the judging panel said on June 15.

Among 150 works selected from 1,823 entries, the judging panel chose 112 outstanding works which will be honoured at the awarding ceremony.

Specifically, there will be a special prize, nine A prizes, 25 B prizes, 45 C prizes, and 32 consolation prizes.

This is also the first edition of the contest to see the participation of all 63 journalist associations around the country.

The 150 submissions reported on multiple issues in politics, socio-economic development, and security and national defence, especially Party congresses at all levels leading up to the 13th National Party Congress, as well as the fight against COVID-19, natural disasters in the central region, and drought in the south, among others.

Addressing the press conference in Hanoi, permanent Deputy Chairman of the Vietnam Journalists Association (VJA) Ho Quang Loi said this is a big event drawing special attention from the press nationwide, and is the highest award for outstanding journalistic works every year.

Due to the complicated developments of COVID-19, the ceremony of the 15th National Press Awards will be organised during the upcoming 11th Congress of the Vietnam Journalists Association, instead of the Vietnam Revolutionary Press Day (June 21) as usual, Loi said.