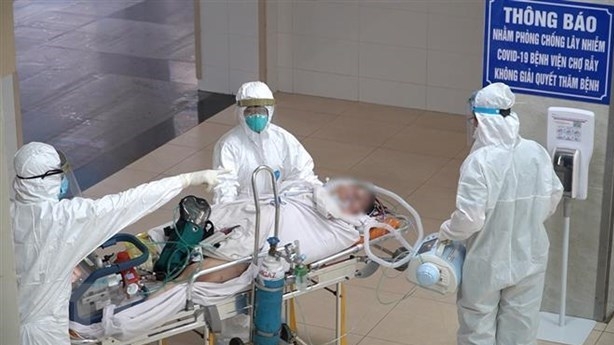 NDO/VNA – Vietnam documented 103 new locally-transmitted COVID-19 cases in the past 6 hours to 6pm on June 13, according to the Health Ministry.

The new infections included 44 in Ho Chi Minh City, 33 in Bac Giang, 16 in Bac Ninh, nine in Ha Tinh and one in Binh Duong. Of them, 96 were detected in quarantine or locked down areas.

Twenty-one localities have gone through 14 days without any new infections.

On the day, 171 patients were given the all-clear and one died of the disease, raising the total numbers to 3,998 recoveries and 59 deaths.
Among active patients under treatment at hospitals, 434 have tested negative for SARS-CoV-2 once, 73 twice and 74 thrice.