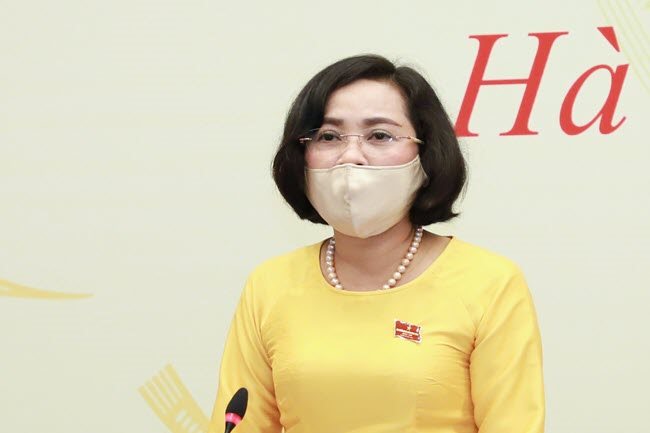 HCMC - The National Election Council (NEC) at its seventh session in Hanoi on June 10 considered not recognizing the status of a newly elected National Assembly (NA) deputy named Tran Van Nam as he failed to meet the necessary criteria, said an NA official.

Nguyen Thi Thanh, head of the NA Deputies’ Affairs Committee, told reporters at a press conference in Hanoi that the NEC issued a resolution that does not confirm the status of deputy Tran Van Nam, who is currently secretary of Binh Duong Province's Party Committee.

The NEC did not receive any request letter from Nam to withdraw as an NA deputy of the new legislature on health reasons as previously cited by some news outlets, Thanh said.

The NEC made the decision not to confirm the status of deputy Nam based on the conclusions of the relevant agencies and prevailing regulations.

According to Thanh, there are many criteria to become an NA deputy: the candidate must have a good moral character, pledge allegiance to the nation and its people, possess adequate qualifications, be of good health, reputable and elected by voters.

Nam does not meet these criteria, Thanh said.

Nam violated regulation No.47 of the Party Central Committee over the don’ts for a Party member. Moreover, when he served as vice chairman of the provincial government, he committed violations that caused serious losses to the State when making decisions related to the State management of land, Thanh said.

These are the two specific reasons why the NEC did not recognize the status of deputy Nam, Thanh noted.