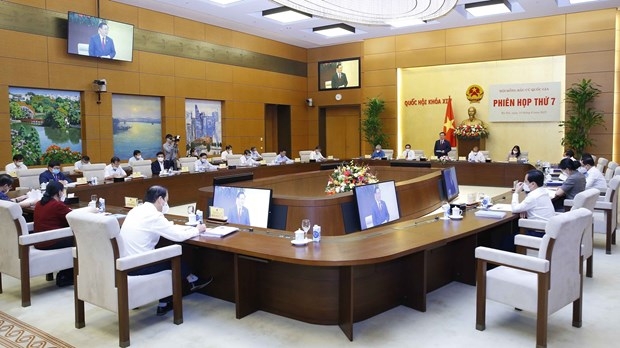 At the seventh meeting of the National Election Council (Photo: VNA)

NDO/VNA – The National Election Council (NEC) voted and approved the minutes concluding the election of deputies to the 15th National Assembly (NA), held on May 23, during its seventh session in Hanoi on June 10, with 100 percent of “yes” votes.

All seventeen members of the council also approved the resolution announcing the results of the NA election and the list of elected NA deputies via a secret ballot.

The council will hold a press conference to announce the results of the NA election and the list of elected deputies on June 10 afternoon.

After the results are released, the NEC and the Election Committees at all levels will receive denunciations and complaints about the election’s results and address them within 30 days.

The council is scheduled to hold its eighth meeting on July 12 to consider the results of addressing denunciations and complaints (if have), and consider the approval of a resolution confirming the eligibility of elected deputies.