On June 9, Vietnam suggested putting the sharing and equitable access to Covid-19 vaccine resources on the 42nd General Assembly of AIPA (AIPA-42) agenda, scheduled to take place in August 2021 in Brunei Darussalam. 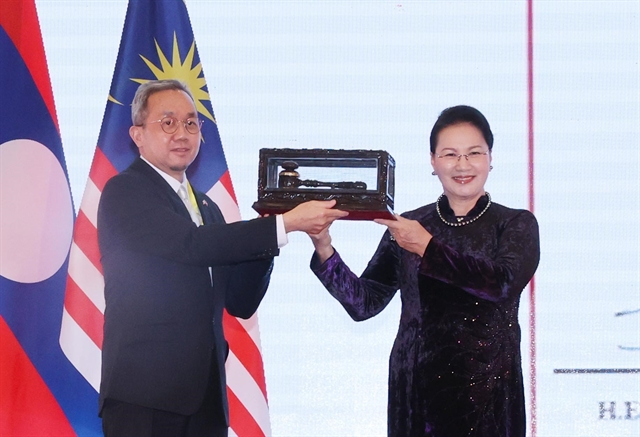 Next AIPA Presidency was handed over to Brunei Darussalam from Vietnam. 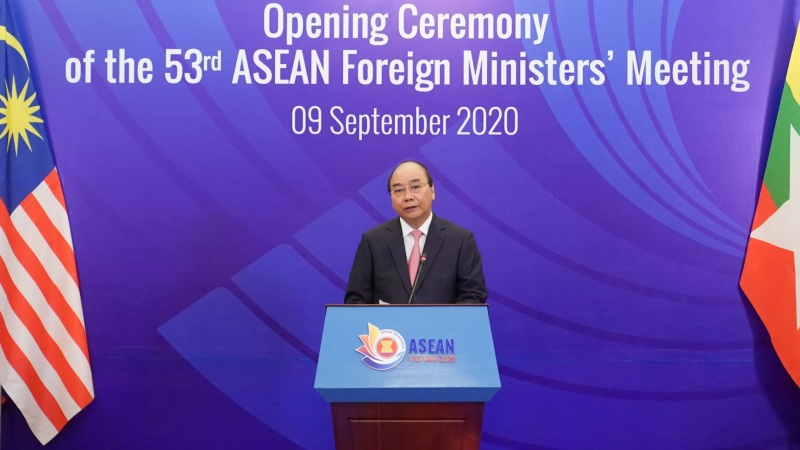 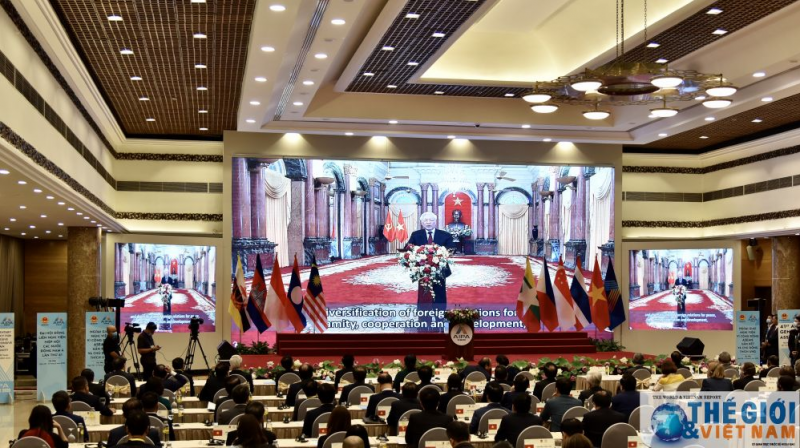 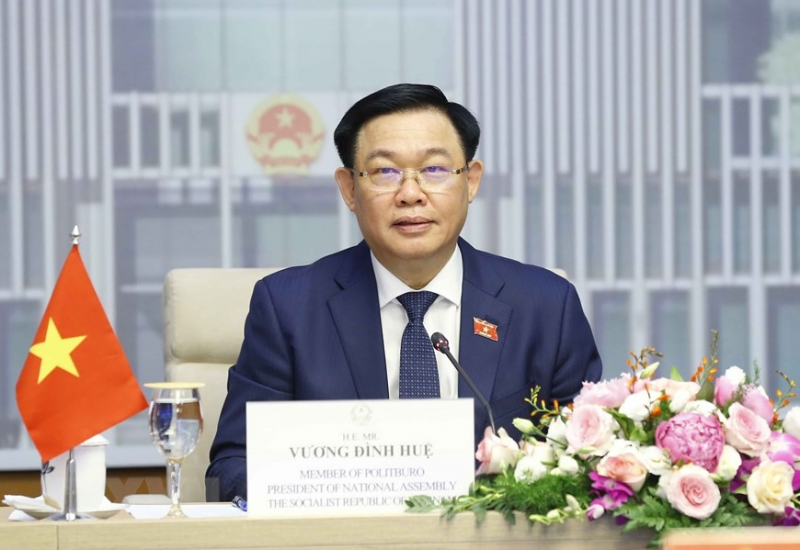 On the morning of June 9, National Assembly Chairman Vuong Dinh Hue held an online conference with His Excellency Abdul Rahman Taib, speaker of the Legislative Council of Brunei Darussalam, chair of AIPA 2021, to discuss measures to promote further cooperation between the legislative bodies of the two countries. At the same time, the two sides also discussed promoting cooperation in AIPA, actively contributing to the comprehensive partnership between the two countries, and the development of ASEAN and AIPA.

The two leaders agreed that the Vietnam-Brunei Darussalam Comprehensive Partnership is actively developing. The two countries are entering a new stage of development, will continue to cooperate more closely, actively prepare well activities towards the 30th anniversary of establishing diplomatic relations between the two countries (September 29, 1992 - September 29, 2022).

Regarding the focus of bilateral cooperation in the coming time, NA Chairman Vuong Dinh Hue suggested the two countries effectively implement bilateral cooperation mechanisms. Shortly, the two countries will organize the 2nd meeting of the Joint Committee on Economic, Scientific, and Technical Cooperation at the Ministerial level to discuss directions to promote substantive cooperation in the coming time. After that, the two sides aim to more effectively exploit the great potential of cooperation between the two countries, especially in the fields of both potentials and needs such as aquaculture and fishing, seafood, agriculture, food processing, oil and gas exploitation, striving to bring bilateral trade turnover to US$500 million soon.

National Assembly Chairman Vuong Dinh Hue wants Brunei to support Vietnamese businesses to obtain Halal food certificates (for Muslims) to export to the Brunei market. He also wants to prepare activities towards the 30th anniversary of the establishment of diplomatic relations between the two countries in 2022. 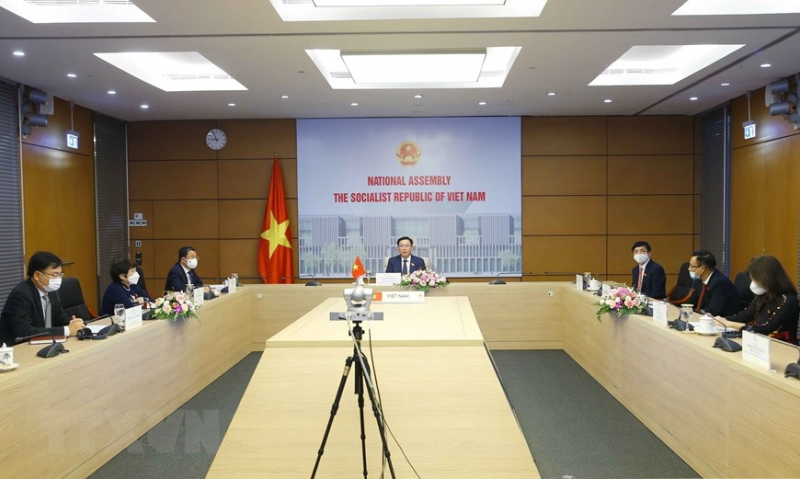 Agreeing with the assessments and proposals of National Assembly Chairman Vuong Dinh Hue, Speaker of the Legislative Council of Brunei Darussalam Abdul Rahman Taib, said that these are essential contents to strengthen cooperation between the two countries the future. Furthermore, Vietnam is one of the countries that Brunei always aims to import essential agricultural products to serve the needs of the people, especially rice and vegetables.

During the term of ASEAN Chair 2021 and AIPA Chair 2021, Brunei focuses on strengthening intra-regional cooperation, including cooperation between parliaments of countries in the ASEAN. Emphasizing that this is a topical topic, Abdul Rahman Taib hoped that the two countries could cooperate closely within the framework of ASEAN and AIPA to look forward to the future together. 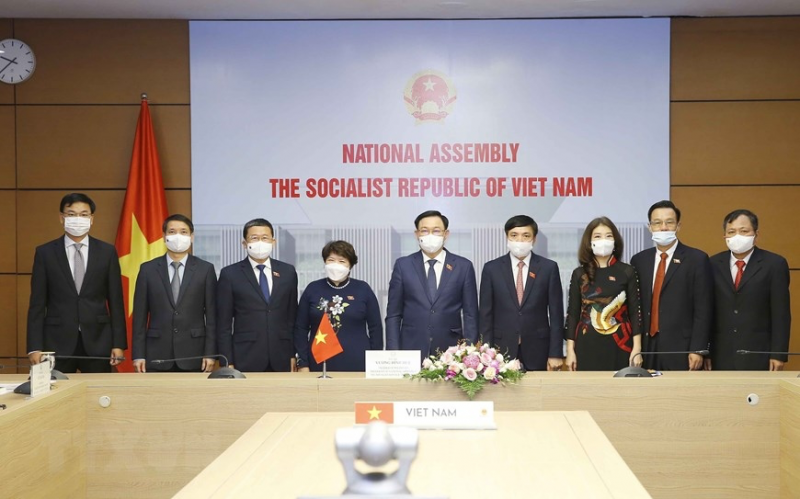 At the talks, the NA Chairman raised the issue that the current situation of the pandemic in the world is different from 2020. If in 2020, countries in Asia in general and ASEAN successfully controlled the Covid-19 pandemic. Meanwhile, in the United States and European countries, the pandemic was very complicated.

However, due to the leadership in the production and vaccination of Covid-19 vaccines, many countries in the European region and the United States, in general, are about to achieve herd immunity, ready to open up to the economy. However, in Asia in general, especially East Asia and Southeast Asia (except for Brunei), the current pandemic situation in many countries, including Vietnam, is experiencing very complicated developments. Therefore, there is a risk of an out-of-date with the world in opening up and reviving the economy because there is not enough vaccine supply and technology to produce vaccines.

"Therefore, it is vitally important to have equitable access to and sharing of vaccines on a global scale, which requires close cooperation between law enforcement agencies and the support of other agencies. This also requires the facilitation of the legal framework to implement the vaccine strategy for each country and promote intra-ASEAN relations, the relationship between ASEAN, the region, and the world. In addition, the application of digitization and information technology in pandemic prevention and control is critical. This is also content that needs to be discussed and promoted," the NA Chairman proposed this proposal for the 42nd AIPA General Assembly session scheduled to be held in August with Abdul Rahman Taib, chair of AIPA 2021.

Abdul Rahman Taib affirmed that Brunei supports the fair and equal distribution of vaccines among countries. Appreciating Vietnam's ability to produce a vaccine against Covid-19, he emphasized the importance of cooperation between countries to ensure a fair supply of vaccines for all countries and people. 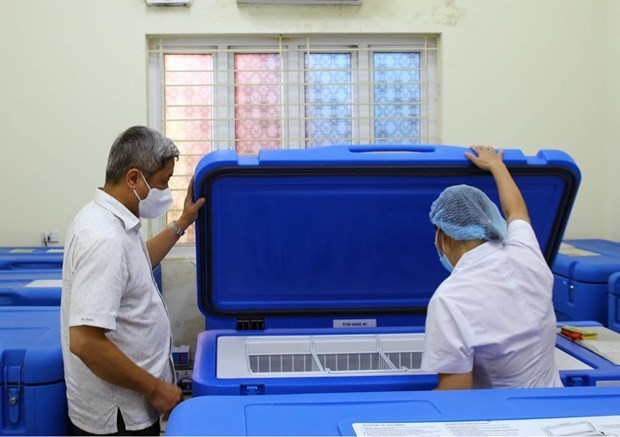