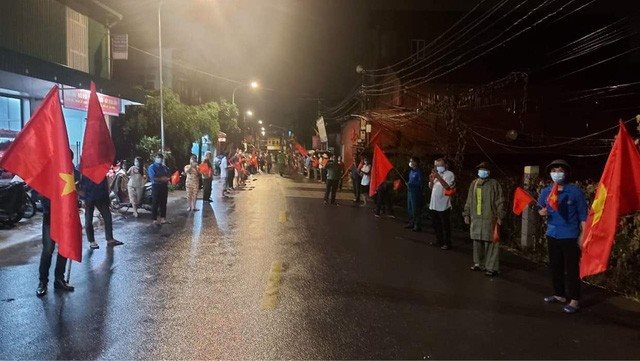 HCMC – The authorities of Bac Ninh Province decided to lift the lockdown in the first three hamlets with nearly 4,500 residents in Covid-19-hit Thuan Thanh District last night, after these areas reported no new domestic infections over the past 21 days.

Nguyen Xuan Duong, chairman of the district’s government, said these hamlets are in Xuan Lam Commune. They include Duc Hiep Hamlet with some 1,400 residents, Da Tien Hamlet with over 1,800 residents, and Xuan Le Hamlet with more than 1,200 people.

All of the residents had tested negative for Covid-19 three times before the lockdown was lifted. This is not only good news for the district but for the province as well, Duong said.

After the end of the lockdown, local authorities requested local residents to continue to practice prevention measures, social distancing and avoid close contact with each other.

On May 9, the northern province locked down Thuan Thanh District with over 180,000 residents after it detected 37 locally-infected cases. Over one month later, the district reported locally-transmitted cases, accounting for over 50% of the province’s tally of 1,148 cases.

Thuan Thanh recorded its highest single-day spike at over 100 cases. During the last couple of days, it reported two to four new domestic infections per day, all at quarantine centers.