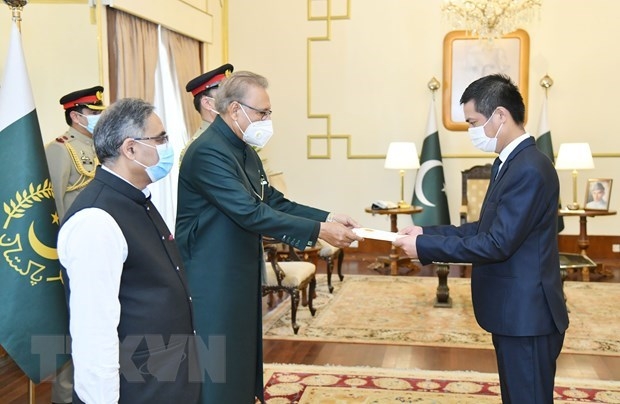 During a meeting with the President on June 7, Phong conveyed President Phuc’s regards to the Pakistani leader, highlighting the message that Vietnam wants to further promote cooperation with Pakistan in many fields, especially economic and trade ties, according to Vietnam Plus.

The diplomat expressed his pleasure and honor at receiving the assignment in Pakistan - a country that is making positive steps forward in economic development, gradually stabilizing politics and security, and playing an important role in the South Asian region and the world.

He promised to do his utmost to promote bilateral cooperation through maintaining and promoting existing cooperation mechanisms and political and economic consultations.

The two countries should expand cooperation in trade and investment and fields such as culture, education, sports, tourism, and the training of high-quality workers, Phong stressed.

They will celebrate the 50th founding anniversary of diplomatic ties in 2022, he said, expressing his belief that under the leadership of senior leaders, the Vietnam - Pakistan relationship will develop strongly in the time to come.

For his part, President Alvi congratulated Vietnamese leaders and people on important socio-economic achievements in recent years, and especially the success of the 13th National Party Congress, the election of deputies to the 15th National Assembly, and its positive results in the fight against the COVID-19 pandemic.

He expressed his belief that the Vietnamese ambassador will fulfill his responsibilities, further contributing to developing the friendship and multifaceted cooperation between the two countries, especially economic and trade ties. 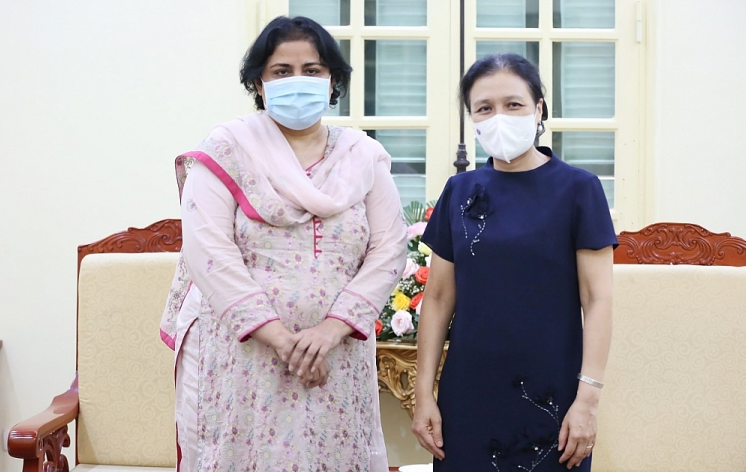 Samina Mehtab said that it was necessary to promote people-to-people diplomacy between the two countries further. She shared ideas of connecting young people, experts, women, etc., through friendship initiates. 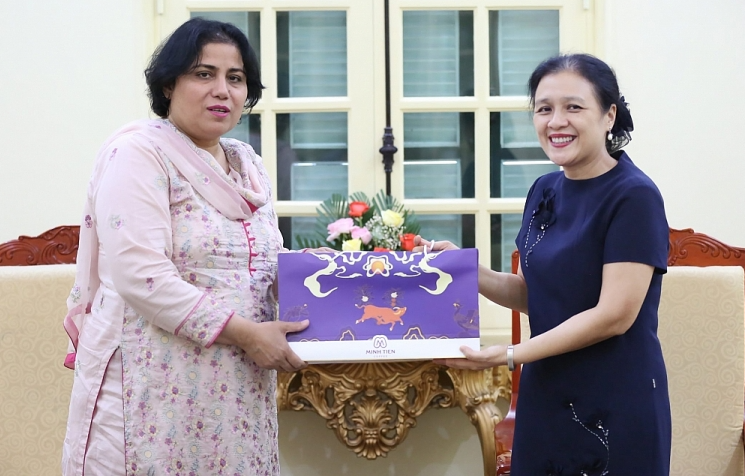 Technical education and media are also areas that the Pakistan ambassador wanted to promote in the relationship between the two countries through cooperation activities and mutual learning for bilateral development.

On behalf of the Vietnam Union of Friendship Organizations (VUFO), Nguyen Phuong Nga welcomed Ambassador Samina Mehtab to accept her new position in Vietnam. Nga also thanked the ambassador for her "comprehensive and insightful ideas" to develop Vietnam - Pakistan relations. Nga said that she would realize her ideas very soon in Vietnam with the ambassador's energy and great insight.

At the meeting, the two ambassadors discussed the Covid-19 situation and vaccination in the two countries. Nga wished Ambassador Samina Mehtab a successful term in Vietnam. She hoped the Embassy of Pakistan in Vietnam would be a bridge to promote Vietnam - Pakistan people-to-people relations.