Over a week into operation, the Covid-19 vaccine fund has received contributions of over US$ 4.44 million 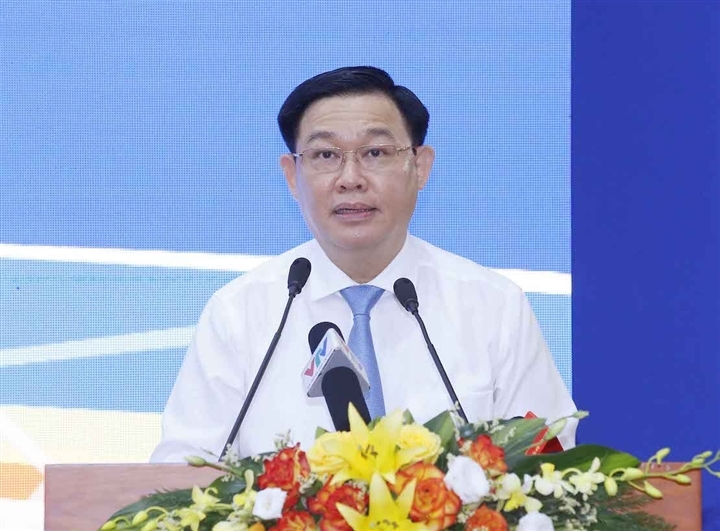 Chairman of National Assembly Vuong Dinh Hue on Thursday tasked authorities to include transparent and accountable measures on the Covid-19 vaccine fund, especially contributions from state-budgets, businesses and the public. Disbursement plans must also be devised so that the money would be practically used in the Covid-19 fight.

At the meeting, the Vietnam Fatherland Front and the Ministry of Information and Communication launched a new crowdfunding program that encourages residents to transfer their funds via mobile phone text. Accordingly, one can donate from VND 10,000 - 20,000 (US$ 0.43 – 0.86) to the fund by texting Covid NK to number 1408.

All the charitable money, according to Hue, will go to the Covid-19 vaccine fund and be used for only two purposes: buying vaccines from abroad and producing domestic ones.

“In addition to the monetary contribution, each text symbolizes the compassion and solidarity of the community to those heavily stricken by the pandemic,” the NA chairman added. “All the contributions to the fund must be made public.” 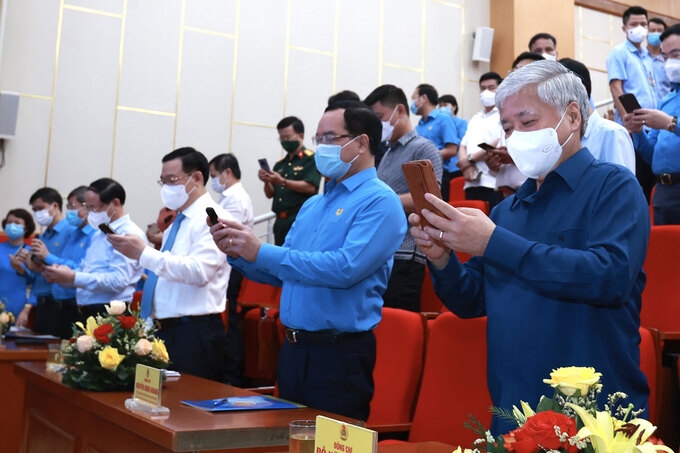 Leaders of ministries and agencies sent messages to support the program on June 3 (Photo: VNE)

Chairman of the Vietnam General Confederation of Labour Nguyen Dinh Khang pledged to use the funded money for anti-pandemic purposes only. Industrial workers and needy households will be prioritized.

According to the confederation, over 50% of the infections in the fourth wave are industrial workers, in addition to dozens of thousands of F1 cases (those having close contact with patients). The numbers are continuing to increase daily.

The Standing Committee of the NA and the Government will reportedly allocate US$ 564,588 to the nationwide vaccine rollout while over US$ 390,860 will be mobilized from the local budget, business community, and organizations. Donations from wider society are likely to increase if there’s no sign of pandemic containment.

As of June 4, over a week into operation, the Covid-19 vaccine fund has received contributions of over US$ 4.44 million.

A state treasury official, who asked not to be named, told VnExpress that the ministry would arrange enough funds to get the vaccines for everyone.

The main funding would still come from the government, but all contributions from businesses and the public would help reduce the burden on it and be deeply appreciated, the official said.

The government on May 26 approved the establishment of a Covid-19 vaccine fund to raise contributions from various sources and ease the burden on its resources. The fund would accept contributions in the form of cash and vaccines from benefactors in Vietnam and abroad.

It will be audited by the State Audit Office of Vietnam and the Vietnam Fatherland Front, an umbrella organization of all political and social groups in the country. 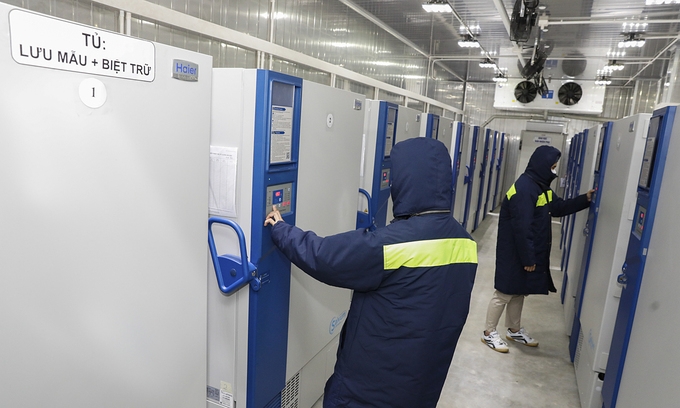 Two staff are seen in a super-cold storage where AstraZeneca vaccines are kept in HCMC, June 1, 2021. (Photo: VNE)

Vietnam began a Covid-19 vaccination program on March 8 using the British-Swedish AstraZeneca vaccine that arrived either through commercial contracts or Covax.

Four vaccines are under development in the country: Nanogen Pharmaceutical Biotechnology JSC, the Institute of Vaccines and Medical Biologicals, Vaccine and Biological Production Company No. 1, and Polyvac.

The country aims to procure 150 million doses of vaccines to cover 70% of its population this year, the Ministry of Health announced earlier, at an estimated cost of VND 25.2 trillion.

Vietnam is in the grip of its fourth Covid-19 outbreak, which started on April 27. Since then, 4,956 have been reported across 37 provinces and cities, claiming 13 lives. The two northern provinces Bac Giang and Bac Ninh are the hardest-hit, with 2,678 and 951 cases respectively. Record new infections have been continuously documented every day, mostly linked to clusters at industrial parks.