US President Joe Biden has sent a letter to President Nguyen Xuan Phuc to thank the Vietnamese leader for his attendance at the virtual Leaders Summit on Climate hosted by the US, and express his hope for stronger cooperation between the two countries. 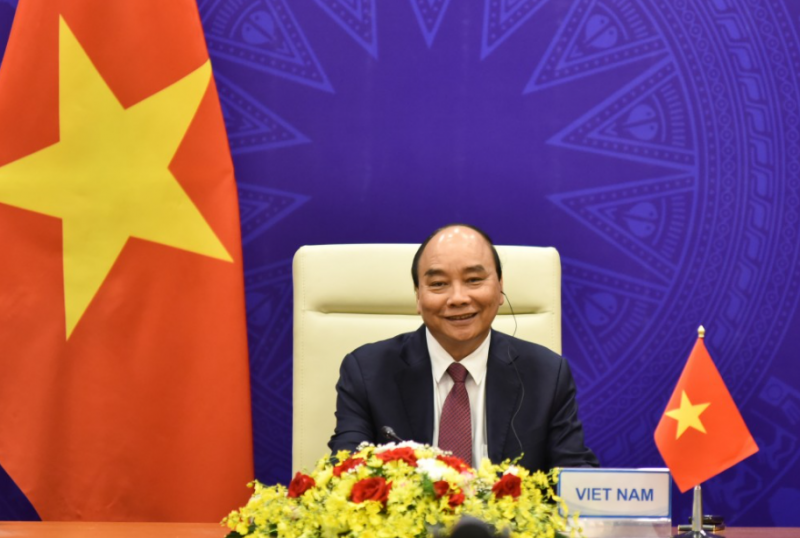 On May 27, US President Joe Biden has sent a letter to President Nguyen Xuan Phuc to thank the Vietnamese leader for his attendance at the virtual Leaders Summit on Climate hosted by the US at the end of April, and express his hope for stronger cooperation between the two countries in responding to climate change.

According to the Vietnamese Ministry of Foreign Affairs, in his letter, President Biden affirmed the summit's success in creating a global commitment to realize climate-related goals, and highlighting economic opportunities for countries that are working hard to address the challenge.

The US President emphasized the urgency of increasing climate finance support and assistance to vulnerable countries while affirming the US’s determination and efforts to deliver on its commitments.

President Biden highly appreciated President Phuc's contributions to the summit's success, especially the Vietnamese leader’s insightful speech on the economic benefits of climate actions and the importance to ensure that all countries act together, according to VOV. Overview of the meeting. (Photo: VNA)

The US President pledged to work closely with Vietnam and other countries to ensure the success of the 26th UN Climate Change Conference of the Parties (COP26) in Glasgow, the UK, later this year and expressed his hope that the US and Vietnam will continue to strengthen cooperation in responding to climate change in the coming time.

Previously, at the invitation of US President Biden, State President Nguyen Xuan Phuc on April 23 delivered a speech on the economic opportunities of climate change at the Leaders Summit on Climate.

On his remark, Phuc welcomed the United States’ return to the Paris Agreement and believed that their shared efforts will lead the world on the path towards achieving the goals of the Paris Agreement. He affirmed Vietnam's commitment in a comprehensive response to climate change, called on developed countries to increase their support to developing nations, including Vietnam, in realizing their climate-related goals.

"I am confident that the “challenges” of climate change shall be “drivers” for solidarity and positive change as we move towards COP-26 in Glasgow, and contribute to a more sustainable future for generations to come," Vietnam Plus quoted the president.