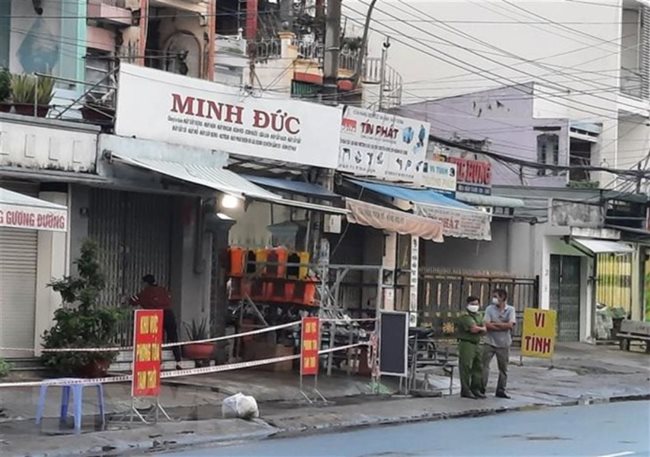 HCMC - Long An Province will impose social distancing on Tan An City and four districts--Duc Hoa, Ben Luc, Can Duoc and Can Giuoc--in line with the Prime Minister’s Directive 15 from midnight today, June 2, until further notice, after the province has detected eight Covid-19 cases over the past five days.

Pham Tan Hoa, vice chairman of Long An Province, said that among the 15 district-level administrative units in the province, the five, which will be practicing social distancing, have over one million people.

Tan An City and the four districts are home to many residents, workers and industrial clusters and are in close proximity to HCMC which is grappling with a strong spike in community infections, Hoa said.

In line with the directive, the city and the four districts have suspended indoor events with over 20 people, gatherings of over 10 people in public places, religious, sports and entertainment activities as well as nonessential services. Residents must stay at least two meters apart while communicating. Businesses offering essential services are still allowed to operate.

The province has ordered a suspension of coach services on fixed routes, and operations of buses and contract vehicles from and to the five areas.

The province’s public administration center was told to temporarily stop in-person transactions, so residents can transact with the center electronically only.

Due to the raging Covid-19, Long An Province has set up three checkpoints at national highways 1, N2 and 50. Furthermore, four districts bordering HCMC and Tay Ninh, including Ben Luc, Duc Hoa, Duc Hue and Can Giuoc, have set up 10 checkpoints.

People arriving in Long An Province from HCMC, which is one of the country’s coronavirus hotspots, between May 20 and June 1 underwent self-quarantine and tests, the local media reported.