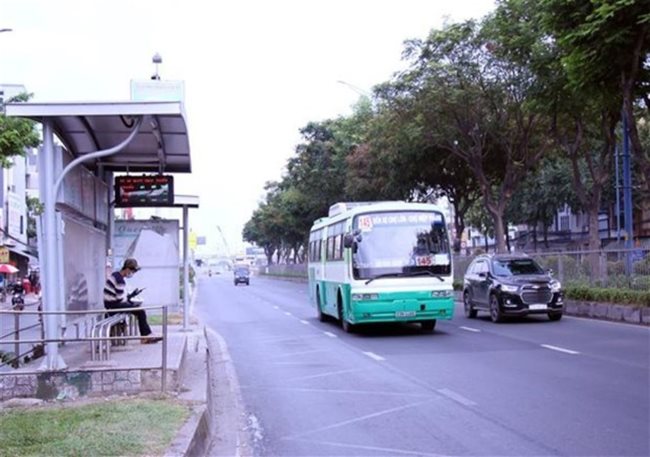 A bus travels on a street. The Public Transport Management Center under the HCMC Department of Transport has suspended several bus lines in the city - PHOTO: VNA

HCMC - The Public Transport Management Center under the HCMC Department of Transport has suspended several bus lines in the city, while banning those which remain operational from picking up or dropping off passengers in Go Vap District and District 12’s Thanh Loc Ward.

Under the decision, bus lines 03, 32, 58, 59 and 103 operating in Go Vap District and Thanh Loc Ward today, May 31, suspended their operations for a fortnight to combat the fast-spreading virus.

Besides, the center temporarily stopped the operations of bus lines departing from HCMC to Long An and Dong Nai provinces.

Last night, the HCMC government stepped up efforts and took more drastic Covid-19 safety measures, assigning the municipal Department of Transport to work with the city’s police and the governments of Go Vap District and District 12 to give residents guidelines on travel and circulation between the districts with others. Go Vap District and Thanh Loc Ward in District 12 are practicing social distancing for two weeks under the prime minister’s Directive 16.

Over the past four days, HCMC has reported 149 locally-infected Covid-19 cases, with 142 cases linked to the Revival Ekklesia Mission in Go Vap District.