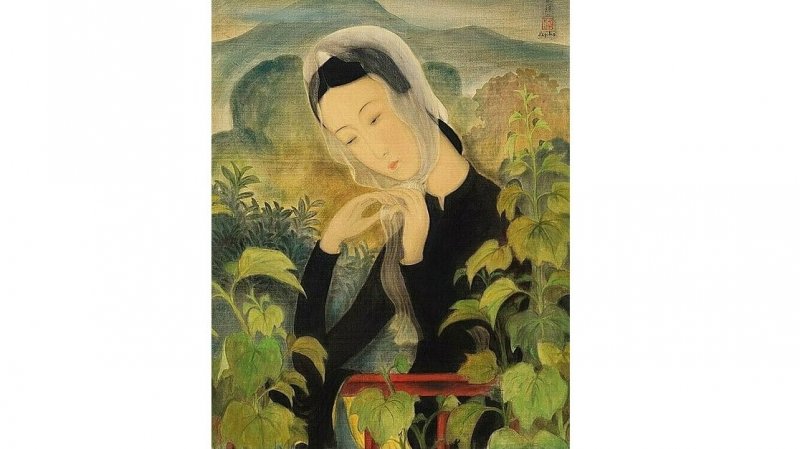 The ink and gouache on silk artwork fetched the highest bid among four works by Vietnamese painters put up for auction at the 20th and 21st Century Art Evening Sale of Christie’s Hong Kong.

It features of the lady’s diaphanous face, her headdress, her black Ao Dai, the white veil, the abundant vegetation, all set in a mountainous landscape of Tonkin, are expressed here with real originality, Christie’s Hong Kong said on its website.

The auction house described the Young Lady Tying Her Scarf as a driving force through Le Pho’s life and a gift of an endless source of inspiration.

The painting is clearly an extraordinary work – a milestone in the master’s creation which uses at the highest level all the same classical elements usually found in all of Le Pho’s paintings at that time.