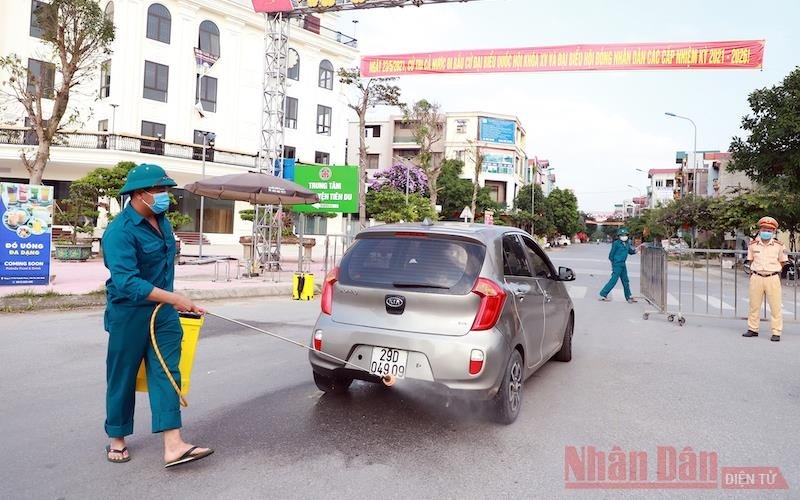 NDO/VNA - Vietnam confirmed 100 new COVID-19 cases, all local infections, over the last 6 hours to 12pm on May 25, raising the national tally to 5,561, the Ministry of Health announced.

Of the new cases, 87 were recorded in Bac Giang, eight in Hanoi, two in Da Nang, one each in Thai Binh, Ho Chi Minh City, and Dien Bien.

So far, the number of infections reported since April 27 when the fourth coronavirus wave hit the country amounted to 2,505, almost half of which are in the northern province of Bac Giang.

Among active cases, 70 have tested negative once, 41 twice and 69 thrice. The death toll has reached 44 while 2,794 people were given the all-clear from the virus.

In the face of the growing complexity of the COVID-19 resurgence, the Ministry of Health has called on people to refrain from non-essential outings and avoid public gatherings. People must stay vigilant against the virus and promptly report any suspected illegal immigrants to authorities.