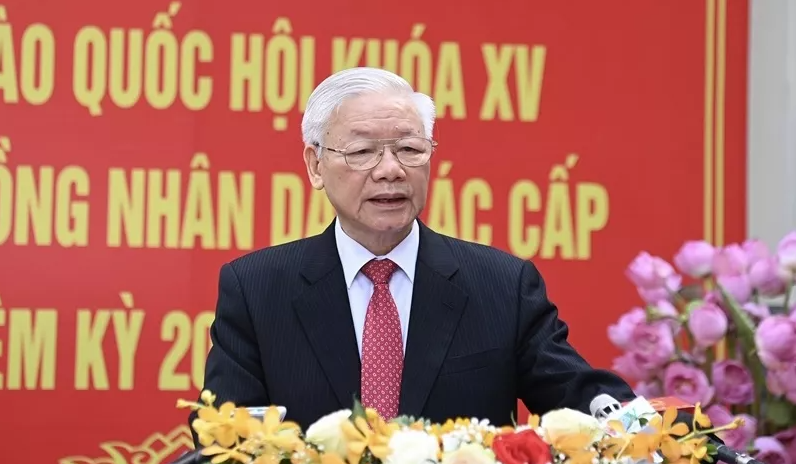 Talking to the press after casting his vote in Hanoi on May 23 morning, the Party leader highlighted the significance of the 15th general elections, which coincide with the 131st birth anniversary of President Ho Chi Minh and follow the success of the 13th National Party Congress.

Despite the COVID-19 pandemic, voters have played a very active and responsible role in preparing for the elections over the past months, the Party chief emphasized, voicing his belief that the most deserving persons will be selected for the NA and all-level People’s Councils for the 2021-2026 tenure.

The leader added that he hopes the deputies of the NA and People’s Councils in the new tenure will wholeheartedly work for the sake of the country and the people, fulfill their responsibilities and duties in line with the Constitution and laws, and be absolutely faithful to the Fatherland, the people, and the Constitution.