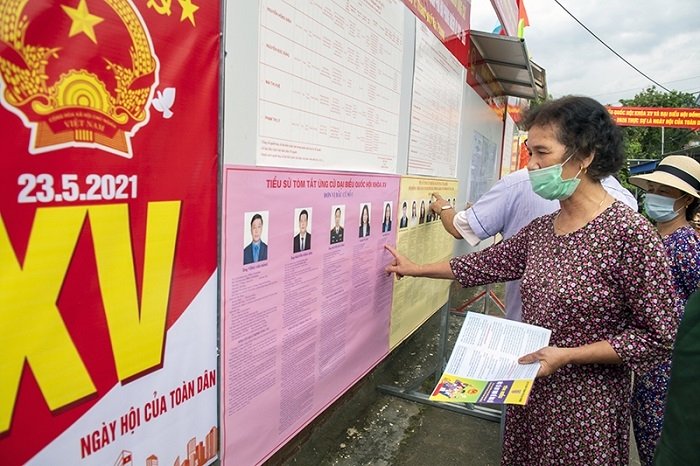 Voters in Bach Long Vi island district, Hai Phong go to the polls to exercise their citizenship rights on the morning of May 22, 2021. (Photo: NDO/Ngo Quang Dung)

NDO – From early this morning (May 22), voters in a number of localities, from the seas and islands to the border areas, flocked to cast their ballots to elect deputies to the 15th National Assembly and all-level People’s Councils for the 2021-2026 tenure.

Voters were eager to join the early voting to exercise their rights, one day ahead of the national election set on May 23. 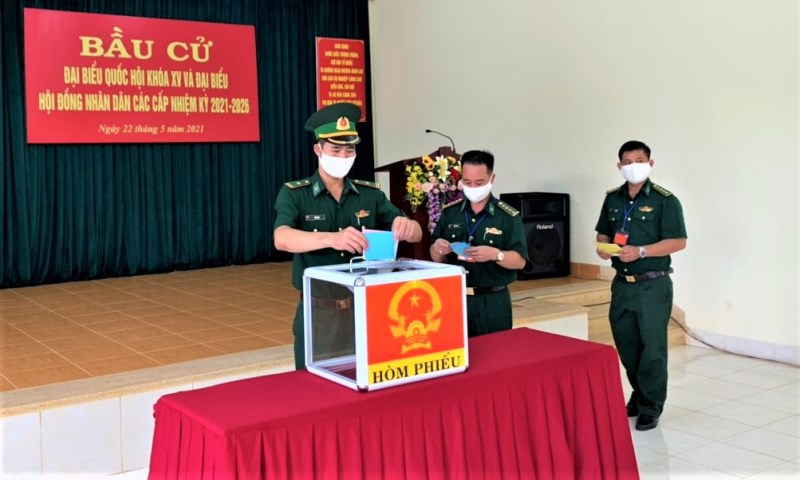 Voters who are officers and soldiers at the Dak Lak Provincial Border Guard Command, examine the profiles of candidates for the 15th National Assembly and People's Councils at all levels for the 2021-2026 term before voting. 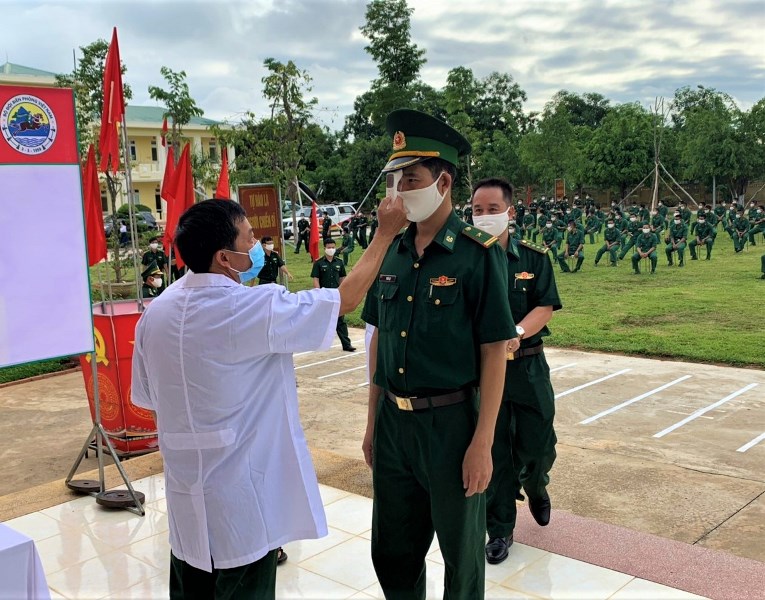 All officers and soldiers entering the polling station have their body temperature checked as a protective measure against the COVID-19 epidemic. 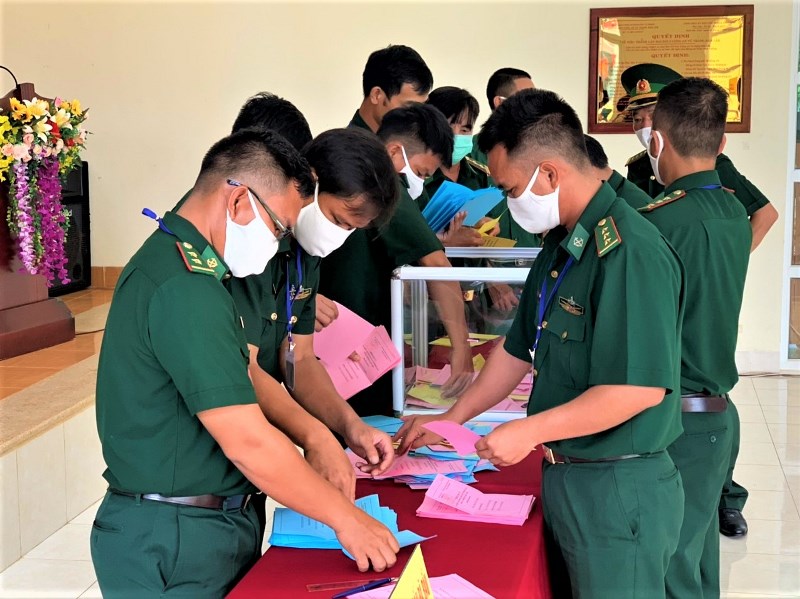 Counting votes after the election.

This morning, in Kon Tum province, more than 10,000 voters in six communes with special difficulties in the border district of Dak Glei joined the Dak Xu Border Guard Station in Ngoc Hoi district to participate in early elections. 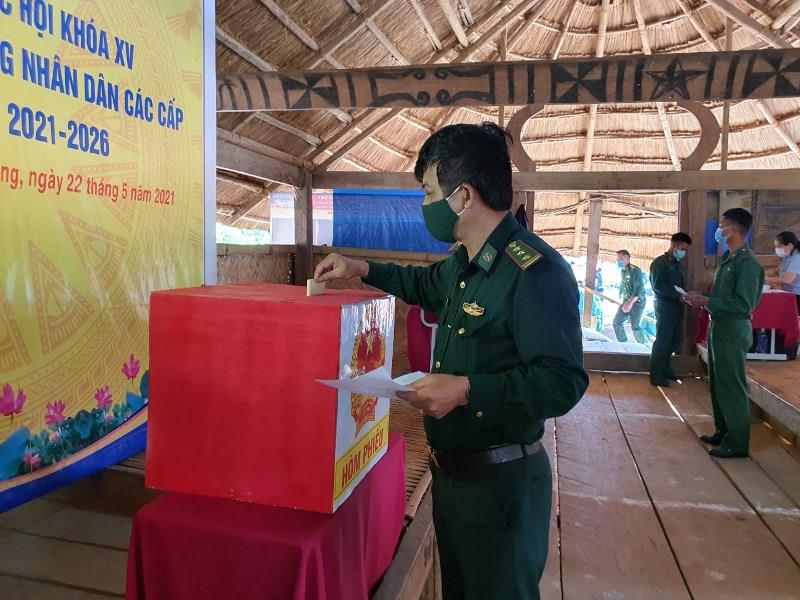 Dak Ung voters cast their votes to elect candidates who represent their will and aspirations. At Constituency No. 07 at the Military Command of Bac Ninh province in Hap Linh ward (Bac Ninh city), the election process was implemented in accordance with regulations. 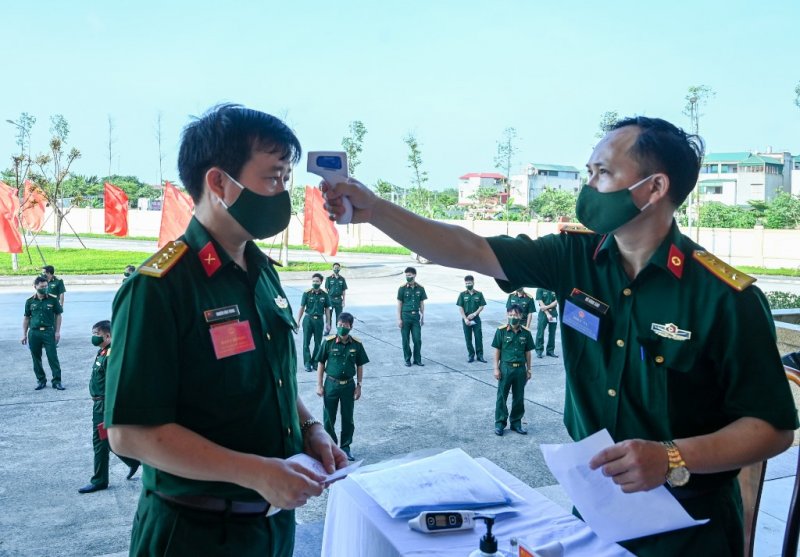 Voters must have their temperature checked alongside ensuring social distancing before voting. 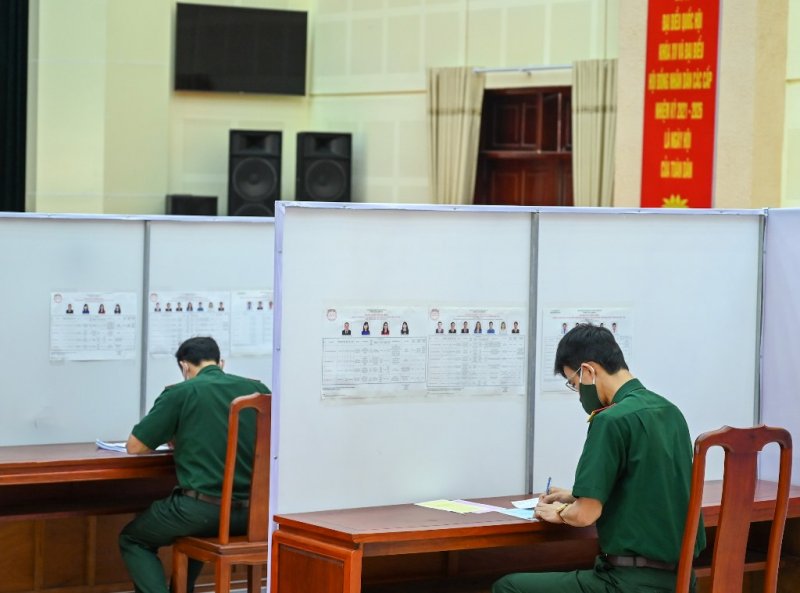 Voters note down their selection of deputies for the 15th National Assembly and People's Councils at all levels. After selecting delegates and recording votes, voters cast their votes to exercise their citizenship rights. 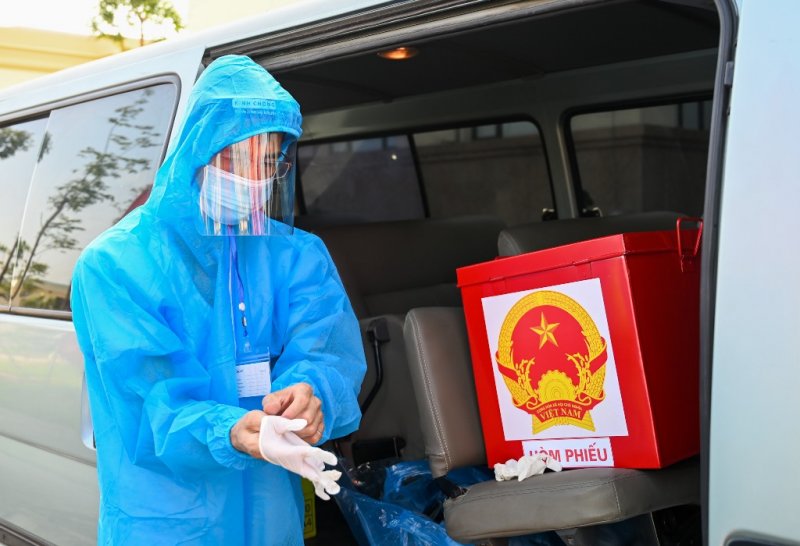 After voting, officers and soldiers of the Military Command of Bac Ninh province, equipped with protective clothing, brought an extra ballot box to local isolation camps for early voting there. 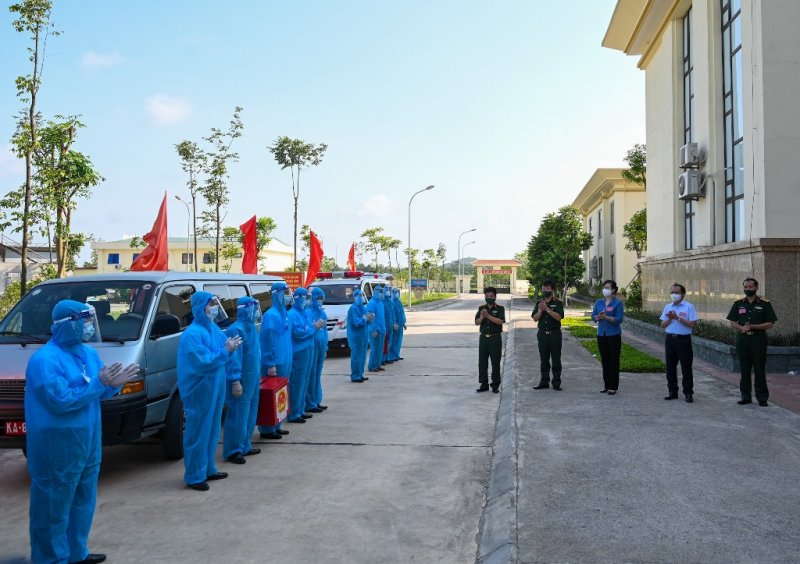 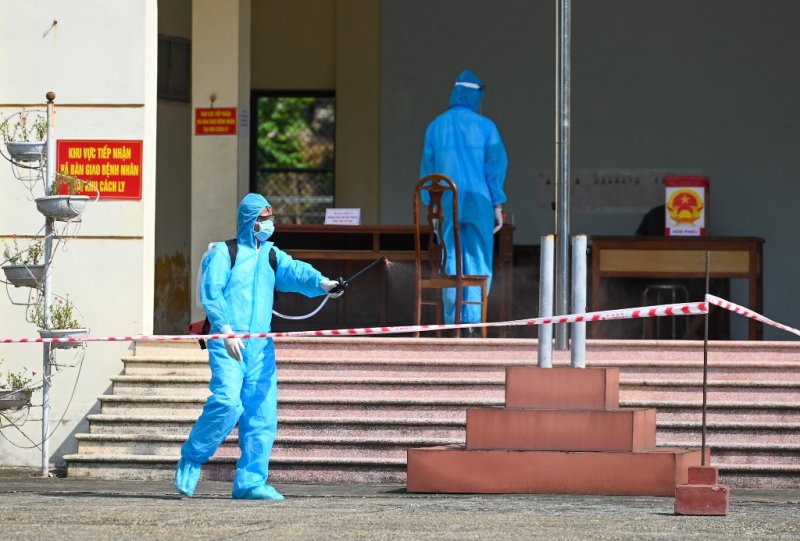 Functional forces carry out disinfection at the polling place. 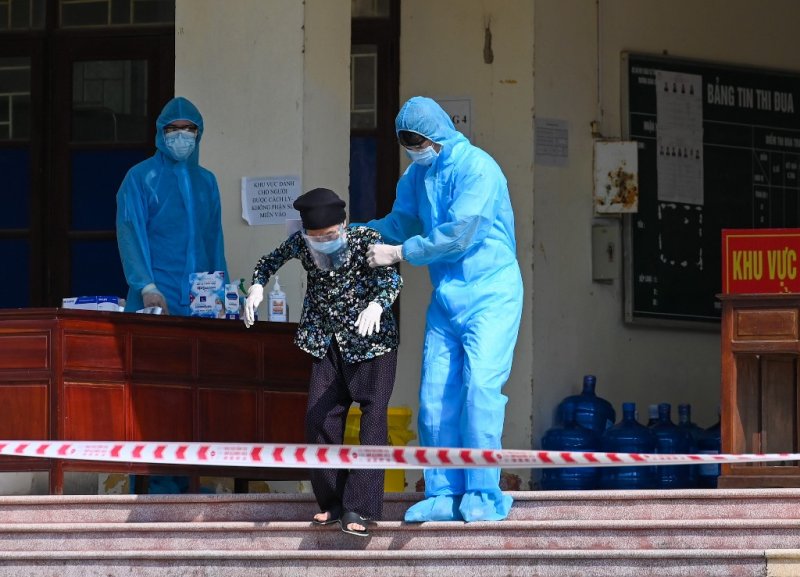 An elderly voter in an isolated area, supervised by Regiment 833, being supported by functional forces when participating in the early voting. 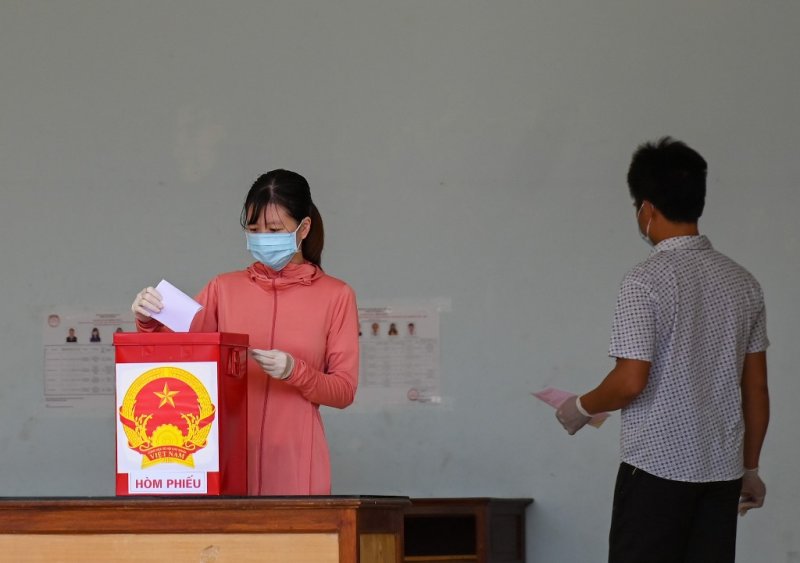 Voters who are close contacts of COVID-19 patients cast their ballots. 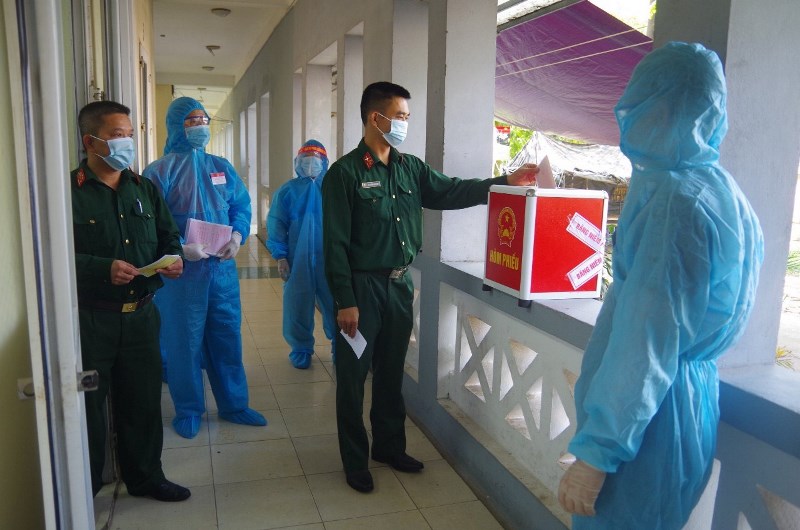 Forces serving in an isolation camp join the early voting. 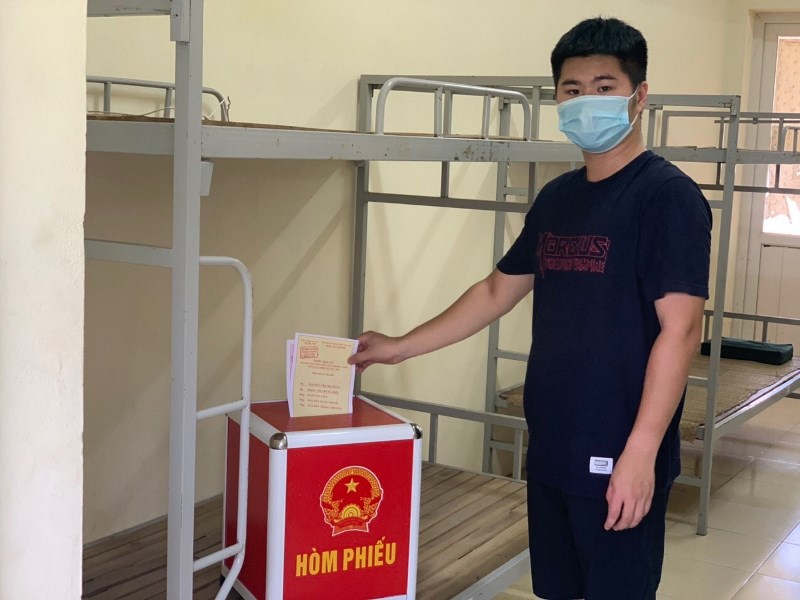 A voter casts his ballot in an isolation area at the Bac Ninh University of Physical Education and Sports.

From 7 am on May 22, at six polling places in Bach Long Vi island district (Hai Phong city), a solemn opening ceremony of the election took place.

This afternoon, Secretary of the Hai Phong City Youth Union Dao Phu Thuy Duong, who is also head of the 14th Supervision Delegation of the Hai Phong City Party Committee on elections in the island district of Bach Long Vi, announced that by noon, all voters present on the outpost had gone to the polls. 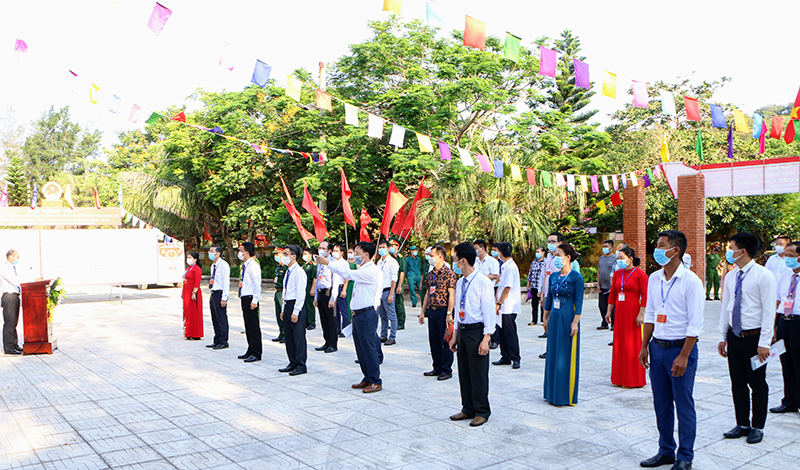 Saluting the national flag to open the early election. 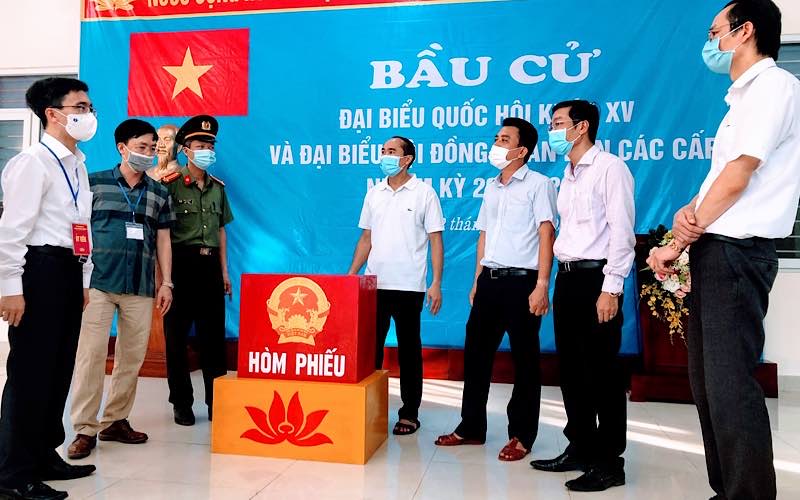 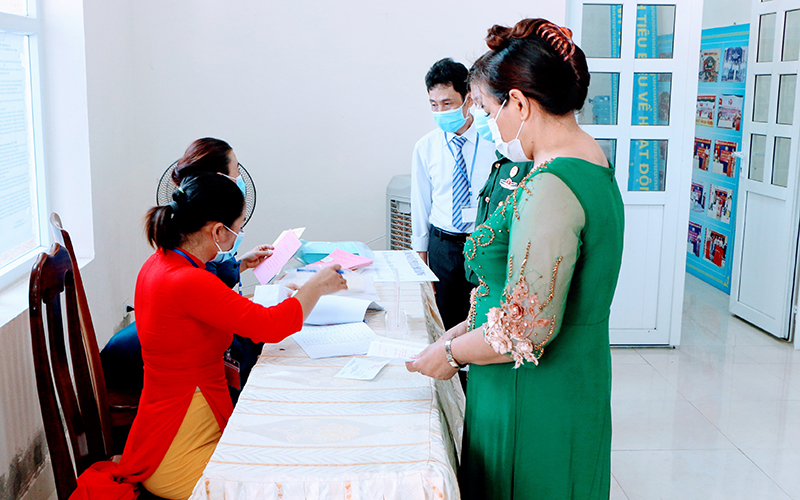 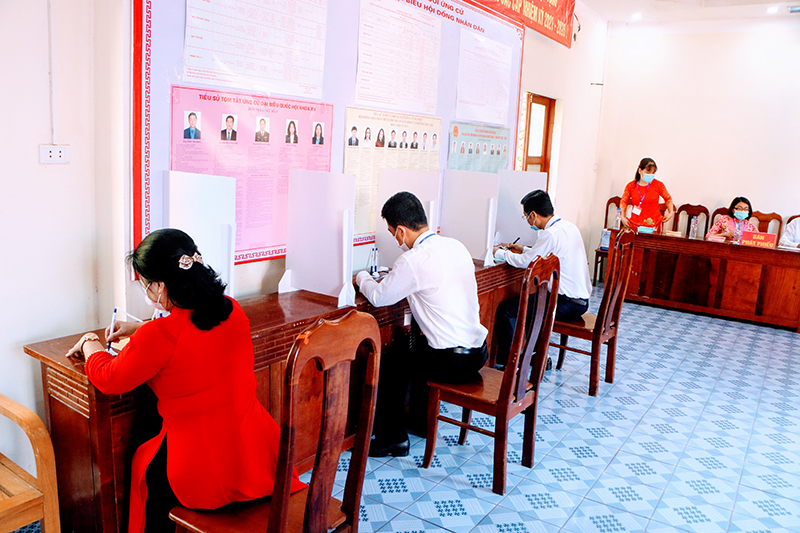 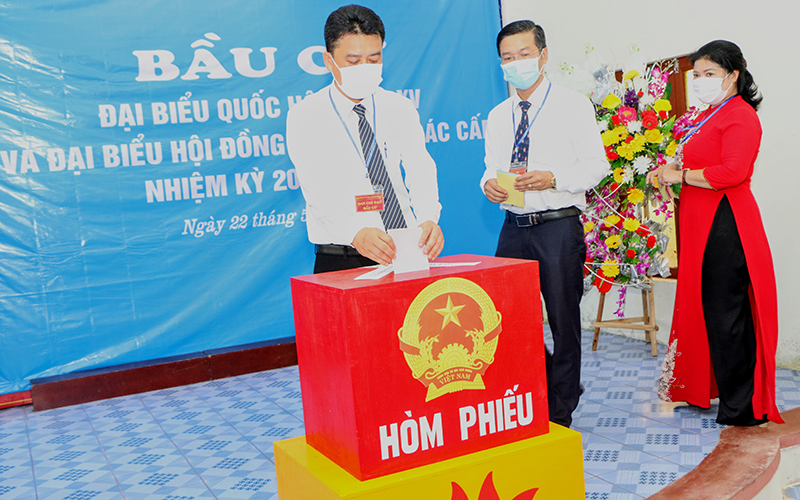 With the permission of the National Election Council, on the morning of May 22, more than 1,600 voters in Canh Lien upland commune, Van Canh district, Binh Dinh province, went to the polls to elect deputies to the 15th National Assembly and People's Councils at all levels for 2021-2026 tenure, one day earlier than national election day on May 23. 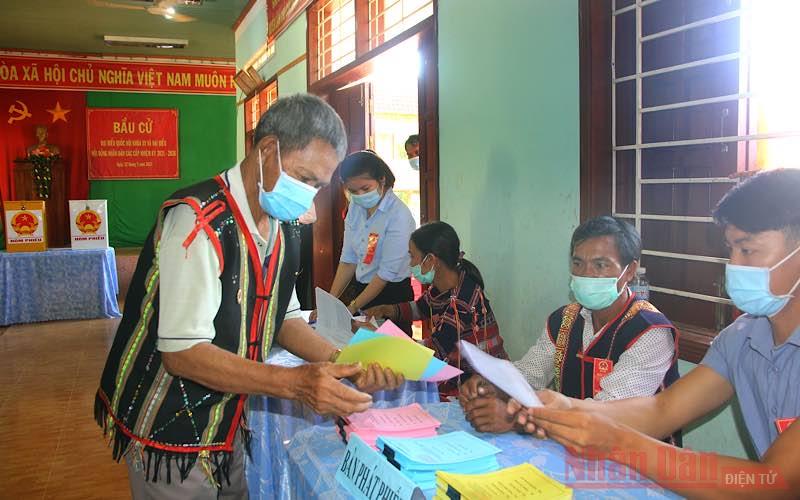