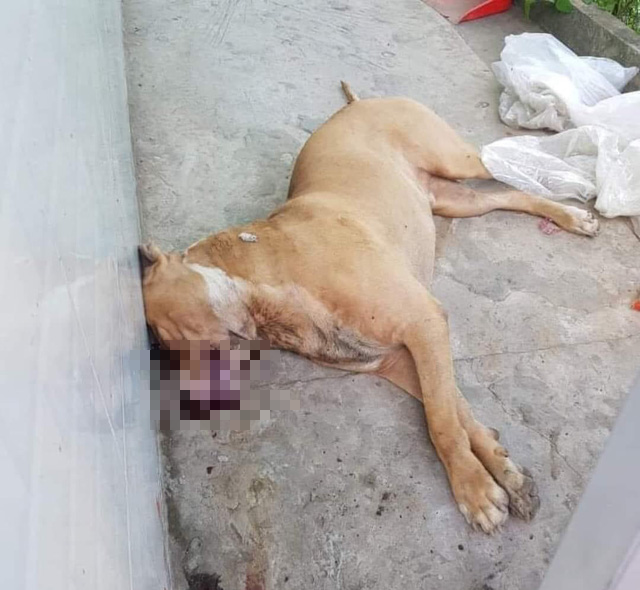 A pit bull has been put down after fatally attacking a person and injuring his owner in Vietnam’s Mekong Delta.

The incident took place in Thu Thua District, Long An Province at around 11:00 pm on Thursday, according to preliminary information.

H.T.H., 37, was then walking his two pit bulls, a male weighing 52 kilograms and a female weighing 30 kilograms, with a friend along a street about two kilometers from his house.

Both of the dogs are about two years old.

As H. and his friend joked around, the male dog attacked the friend and repeatedly bit multiple parts of his body until the victim was killed.

H. was also injured by the pit bull as he tried to intervene.

He was admitted to Long An General Hospital as his hands and face were badly lacerated.

H. had been in a stable condition as of Friday morning.

Police officers stated that the male dog ran away following the attack, while the female headed back to H.’s house.

Local authorities and some residents joined hands to euthanize the male put bull on Friday morning.