Despite the impact of Covid-19, ASEAN-China cooperation has been maintained and expanded, with two-way trade jumping 32.9 percent. ASEAN accounted for 15 percent of China’s trade revenue, making them become leading trade partners of each other over the past year. 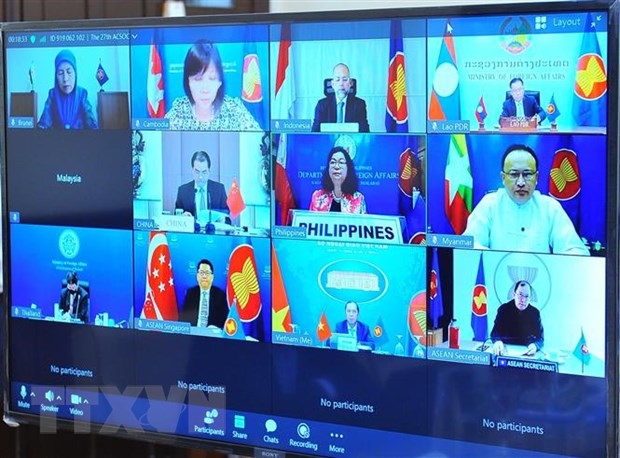 The figures were shared at the 27th ASEAN-China Senior Officials’ Consultation (ACSOC), held via video conference on Tuesday.

The consultation focused on the promotion of China-ASEAN relations and regional cooperation of East Asia under the current situation.

The two sides also reviewed and summarized the development of their relations over the past 30 years, align the agendas of important cooperation such as the commemorative events for the 30th anniversary this year, and exchange views on international and regional issues of common concern.

They concurred to strengthen partnership in the Covid-19 fight, ramp up efforts for recovery, boost trade and investment links through the effective implementation of the ASEAN-China Free Trade Agreement (ACFTA), promote trade liberalisation, and press ahead with digital technology and digital economy, Vietnam News Agency (VNA) reported. 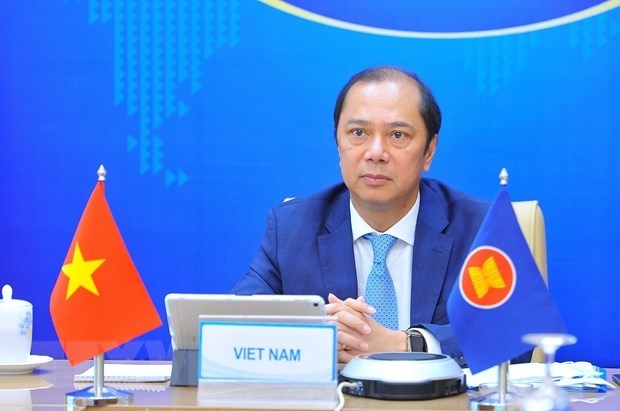 He expressed a hope that the sides will actively contribute to ensuring an environment of peace, security, stability and rule of law, exercise self-restraint and settle disputes and differences peacefully.

Dung proposed ASEAN and China continue their close coordination to fully and effectively implement the Declaration on the Conduct of Parties in the East Sea (DOC) and strive to build an effective Code of Conduct in the East Sea (COC) in line with international law, including the 1982 United Nations Convention on the Law of the Sea (1982 UNCLOS).

At the meeting, ASEAN and China agreed to soon resume negotiations disrupted by Covid-19 to soon reach the COC.

China reiterated the importance it attaches to ASEAN, its wish to elevate the bilateral ties to a new height, and its support for ASEAN’s centrality in East Asia.

China pledged to supply COVID-19 vaccine to countries, including ASEAN member nations, in a fair manner, and join hands with ASEAN in realising the ASEAN Comprehensive Recovery Framework./.

1991 marked the beginning of ASEAN-China dialogue process, according to ASEAN-China Center.

In 1996, China became a full dialogue partner of ASEAN.

In 1997, the first informal ASEAN-China Summit was held in Kuala Lumpur, Malaysia, during which the leaders of the two sides announced their decision to establish a 21st century-oriented partnership of good neighborliness and mutual trust between ASEAN and China.

In 2003, among all ASEAN’s dialogue partners, China took the lead in acceding to the Treaty of Amity and Cooperation in Southeast Asia.

The two sides decided to upgrade ASEAN-China relationship to strategic partnership for peace and prosperity. 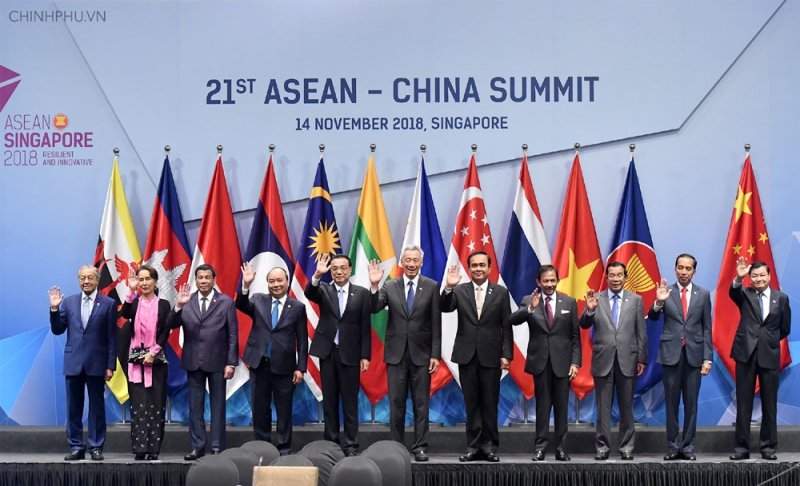 Today, 14:51
Lang Son identity on the path of development through the Ky Hoa festival

Today, 14:39
Take a month off from work, take your four-year-old son across Vietnam