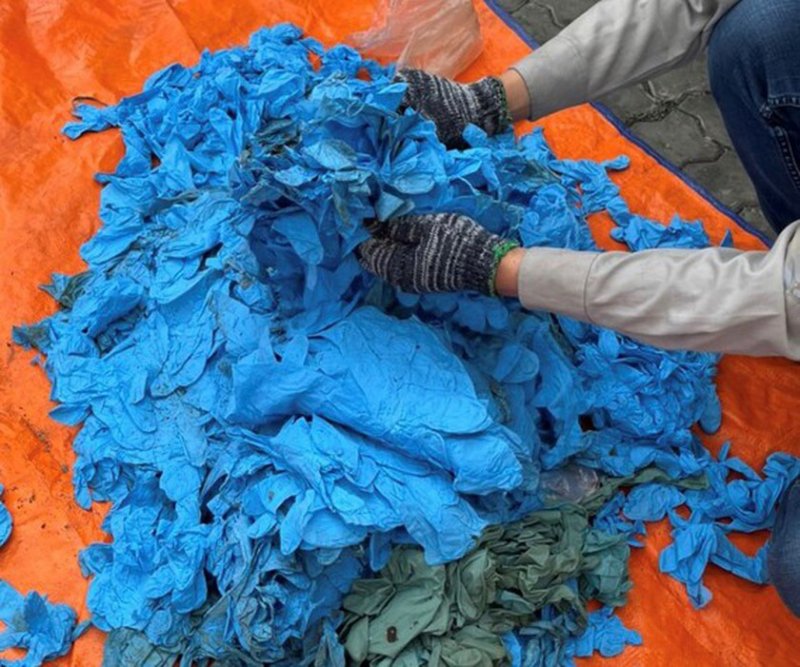 Accordingly, nearly 15 tons of used gloves were imported by VHC Global Company at Ung Van Khiem Street, Binh Thanh District, Ho Chi Minh City Following the customs declaration about the shipment, the gloves are new rubber gloves imported from China used for cooking; however, the customs authorities discovered all the gloves inside the container were crumpled and dirty like the used medical gloves through the inspection process.

By Gia Han-Translated by Huyen Huong