Ambassador Dang Dinh Quy, permanent representative of Vietnam to the UN, voiced his deep concerns regarding escalating tensions between Israelis and Palestinians, with the ongoing conflict leading to growing casualties. 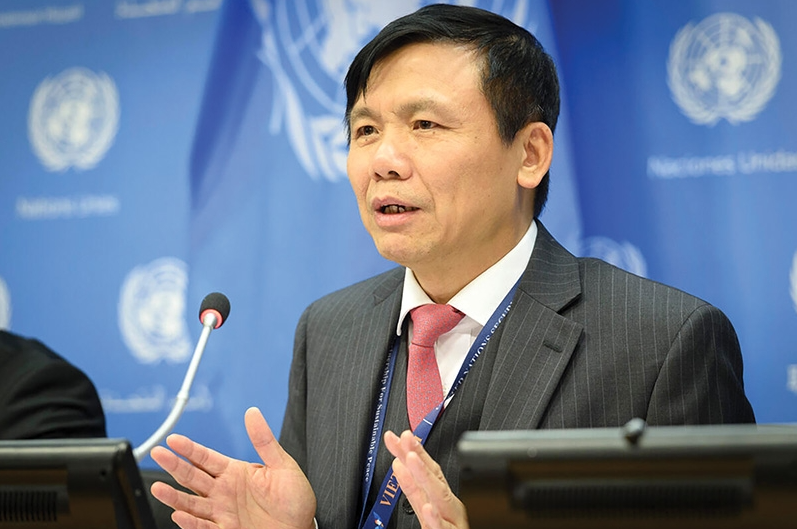 The United Nations Security Council (UNSC) May 16 held the third emergency meeting in a week to discuss the escalating tensions between Israel and Palestine. Joining the meeting, Ambassador Dang Dinh Quy, permanent representative of Vietnam to the UN voiced against attacks on civilians and civilian infrastructure.

He stressed that while striving to seek solutions to the root causes of the conflict, acts of violence must be immediately ended and all the relevant parties must exercise self-restraint whilst not further complicating the situation.

The nation has therefore asked that all parties, particularly Israel, respect international humanitarian law and exercise maximum self-restraint in order to minimize damage, including to essential infrastructure, whilst also avoiding civilian casualties in line with the UNSC’s Resolution 2573.

The local diplomat underlined the nation’s appeal to Israel to immediately halt the use of excessive force and any other unilateral acts which may serve to further complicate the situation, VOV cited.

Furthermore, he also pointed out the rapidly worsening humanitarian situation occurring in the Gaza Strip, thereby voicing his serious concerns about the exhaustion of fuel needed for power plants which may lead to a severe crisis for both the healthcare and water supply sectors. 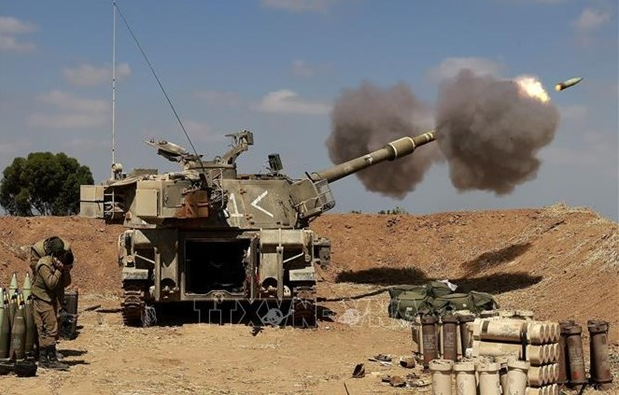 Israeli troops fire towards the Gaza Strip from their post in Sderot city of Israel (Photo: AFP)

With regard to solutions and efforts made by the international community, he called on all members of the international and regional communities which have an influence on any relevant parties to augment efforts and strive to avoid the risks of a warlike in 2014. The Vietnamese Ambassador also underlined the need to resolve the conflict by peaceful means, adding that over the long run, the only sustainable path for peace on this issue is to implement a two-state solution. The Vietnamese diplomat also emphasized the necessity of the UNSC had a strong and unanimous voice in this regard.

Participants in the open videoconference included UN Secretary-General Antonio Guterres, his Special Coordinator for the Middle East Peace Process Tor Wennesland, and representatives of Palestine, Israel, Jordan, Egypt, Algeria, and the Arab League, according to Vietnamnet.

In his opening remarks, Guterres urged the relevant sides to immediately put an end to violence and noted that the UN is actively discussing with all the parties concerned to achieve a ceasefire. He voiced his concern about the civilian casualties caused by Israeli airstrikes in the Gaza Strip, appealing to leaders of the parties to steer clear of inflammatory statements.

Wennesland reported that since May 10, Israel had conducted 950 attacks on Gaza, killing 181 Palestinians, including at least 52 children, and injuring 1,000 others. Forty schools and at least four hospitals had been completely or partly destroyed, 18 buildings devastated and over 350 others damaged, while more than 34,000 people made homeless. The Israeli side had also seen nine killed by rockets fired from the Gaza Strip.