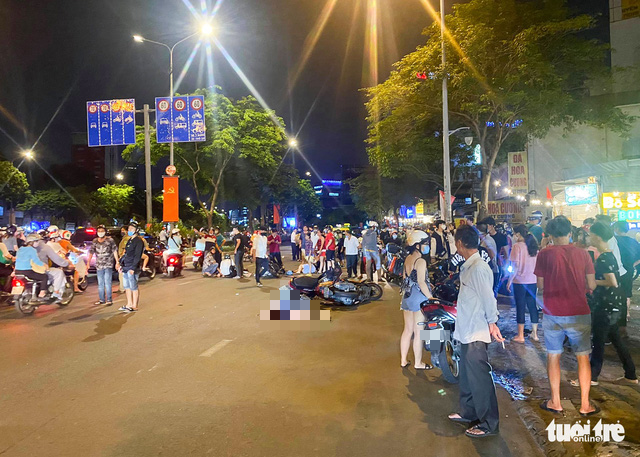 A man fatally crashed his motorbike into another while fleeing after snatching a smartphone from a woman in Ho Chi Minh City on Sunday night.

The incident took place on Dien Bien Phu Street in Ward 15, Binh Thanh District at around 10:30 pm, according to preliminary information.

The man snatched H.’s smartphone, which she kept in the outer pocket of her backpack.

Both O. and H. fell on the ground, but the latter quickly stood up and held the handlebar of the robber’s vehicle.

The suspect made a U-turn and sped away, dragging H. for about 100 meters.

After H. let go of the motorbike handlebar, the robber continued riding his vehicle against the direction of traffic. He crashed into another motorbike and was killed on the spot.

A man and woman on the motorbike were injured, while H. suffered a broken thighbone and was admitted to the hospital for emergency treatment.

Police officers arrived shortly after to examine the scene.

O. said H. and her both hail from the Central Highlands province of Kon Tum.

H. studied at a university in Ho Chi Minh City and has had a job for about two years, while O. just moved to the southern metropolis two months ago.