Home / News
Mekong Delta needs over US$346 mln to tackle severe landslides
doyen1988 16-05-2021, 12:15
According to the Ministry of Agriculture and Rural Development, the Mekong Delta's localities need around VND8,143 billion (US$352 million) to cope with 76 severe landslide and erosion points along the riverside and coastal areas with a total length of 140 kilometers. The worse landslides in the Mekong Delta have been due to the exploitation of water resources on the upstream rivers, especially the hydropower projects in the Mekong river’s mainstream during nearly a decade. 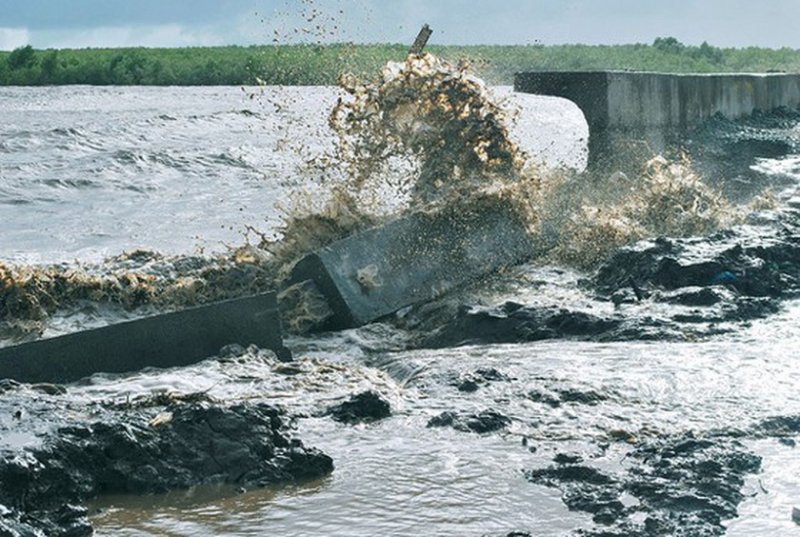 The worse landslide at seadykes of Ca Mau Peninsula
With the urgent situation, the Ministry of Agriculture and Rural Development is coordinating with the Ministry of Planning and Investment and other relevant units to propose the Prime Minister for a financial assistance of VND2 trillion (US$86.5 million) from World Bank’s capital sources to support the Mekong Delta region to promptly implement works to cope with landslide. Additionally, the ministry is reviewing the landslide hazard levels, building dyke system database and repairing landslide areas along the riverside and coastal areas in the Mekong Delta region, especially residential areas at high risk of landslide along Tien River and Hau River. 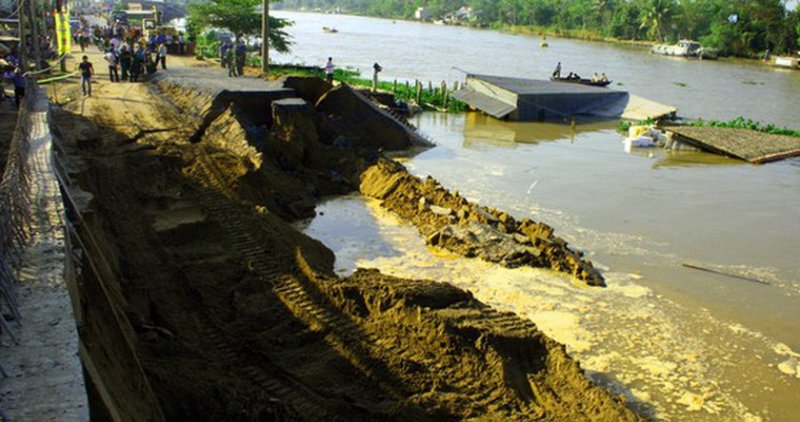 A landslide occurs in Can Tho
From 2018 up to now, the Ministry of Agriculture and Rural Development has been coordinating with relevant agencies and units proposing the Government, the Prime Minister and the National Assembly to give Mekong Delta provinces financial assistance of around VND6,622 billion (US$287 million) from different financial sources to deal with nearly 157-kilometer long landslides along riverside and coastal areas, contributing to stabilize the people's lives.