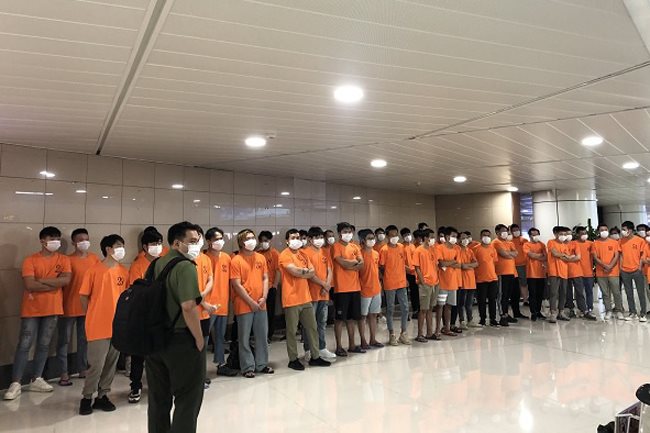 The 52 foreigners who illegally entered Vietnam. The HCMC Police Department has deported them - PHOTO: TNO

HCMC – The HCMC Police Department on May 13 announced that 52 foreigners who had illegally entered Vietnam and been arrested in the city had been expelled from the country.

This is the second time the city has deported illegal immigrants since early this year, the local media reported.

The illegal immigrants said they had received help from some Vietnamese brokers to enter Vietnam via the northern border and then travelled to HCMC by coach. They entered Vietnam to seek jobs or go to Cambodia later.

According to the HCMC Police Department, illegal entry rings pose a high risk of Covid-19 transmission, while the country is suffering from a pandemic resurgence.

The department will enhance inspections to promptly detect illegal immigrants and impose heavy sanctions on those arranging illegal entry for foreigners.