After 12 rounds of the V-League 2021 tournament, Hoang Anh Gia Lai (HAGL) football club has become the most prominent phenomenon, as it ranks top thanks to Thai coach Kiatisuk Senamuang's talent.

SMM Sport of Thailand has just posted an article praising the success of HAGL FC and the contribution of Thai coach Kiatisuk, who was dubbed "Zico Thai". 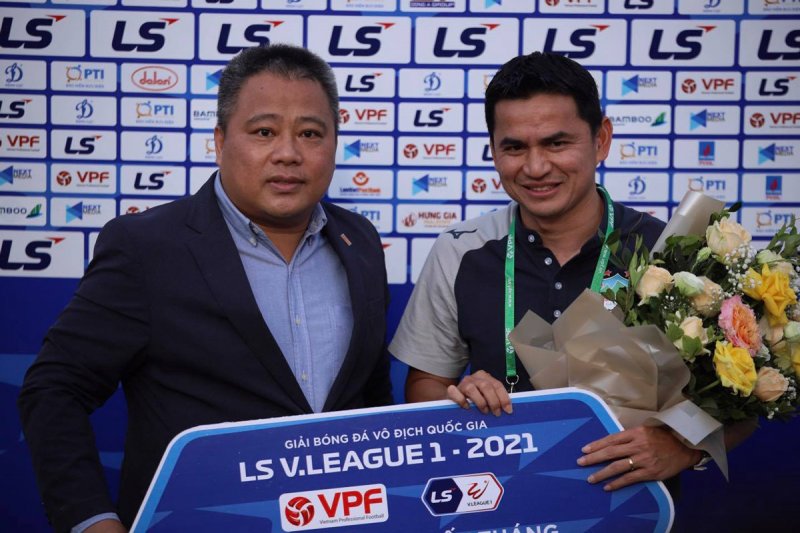 The Thai League has ended. During the time national teams are preparing for the 2022 World Cup qualifiers, Thai fans are very interested in the V-League, mainly because of the Thai coach Kiatisuk.

SMM Sport said that with this momentum, Kiatisuk's HAGL FC could completely win the V-League championship this year.

"The last time HAGL won the V-League title was 2004, almost two decades ago, with Kiatisuk as a team member. 'Zico' returns to HAGL once again to conquer the championship title,” it wrote.

SMM Sport described: "Kiatisuk transformed into a hero of HAGL, and captured the special affection of Gia Lai people.” (HAGL FC is based in the Central Highlands province of Gia Lai).

Previously, Kiatisuk was the leader who brought HAGL to the V-League championship in 2003 and 2004.

"If HAGL ends the season with the championship title after 17 years, surely the name Kiatisuk will once again be written in history, not just for the club," SMM Sport wrote.