as the team gears up to participate in play-off matches to decide who will progress to the finals of the 2021 FIFA Futsal World Cup 2021. 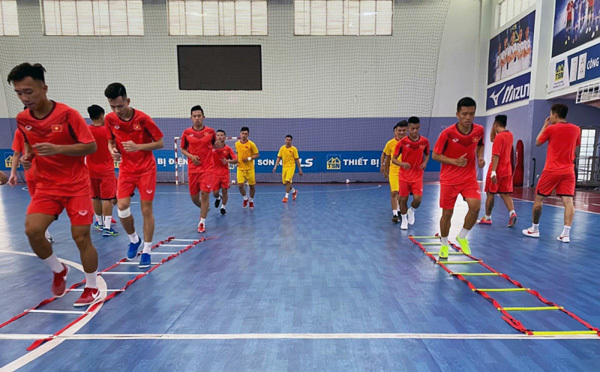 The national team, under the guidance of head coach Pham Minh Giang, gathered together on May 4 in Ho Chi Minh City in order to start preparations for the global futsal tournament.

The national team’s futsal players are due to hold a friendly against Thai Son Nam-Sahako team on May 14 ahead of the selection of the final squad of 18 players. They will then fly to the UAE one day later in order to compete in the play-off round.

According to the schedule, the Vietnamese team will take on Lebanon, whilst Thailand will play against Iraq, in the play-off round to earn a slot to participate in the finals of the 2021 FIFA Futsal World Cup.

The two-legged tie will take place on May 20 and May 25 in the UAE.

Following the play-off stage, the finals of the 2021 FIFA Futsal World Cup 2021 will run between September 12 and October 3 in Lithuania.

The Vietnamese team are aiming to qualify for the global tournament for only the second time in their history. This comes after the 2016 version of the competition when the national team left a good impression on both international fans and media when they were able to progress to the quarter finals.

Today, 11:48
Recipe A snail and piper lolot cake for all ages to enjoy