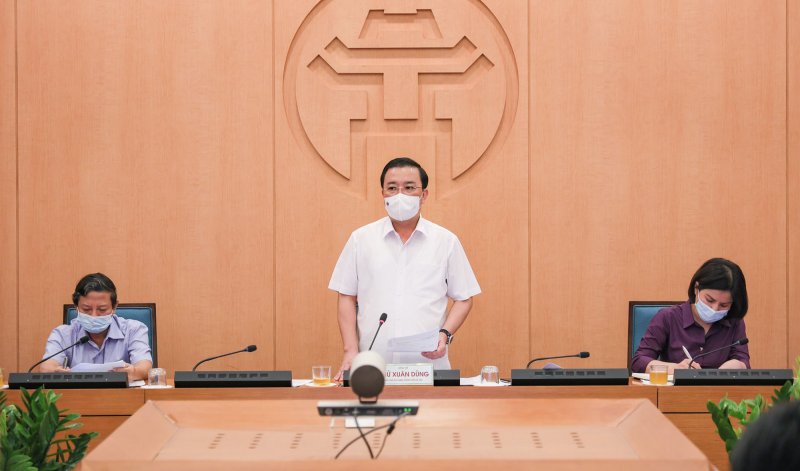 The closure went into effect at 0:00 on Wednesday and will stay in place until further notice.

The suspension was drawn from the conclusion of Hanoi deputy chairman Chu Xuan Dung at a municipal meeting on COVID-19 prevention and control on Tuesday afternoon.

During the meeting, Dung requested people refrain from gathering in large numbers in public as the COVID-19 situation stays complicated in Hanoi despite the functional forces’ rapid response in the past few days.

Duong also warned grassroots authorities of tricks that illegal immigrants have been using.

For example, one person would legally enter Vietnam under entry permission for entrepreneurs and a long-term visa.

This pioneer would then rent a flat at an apartment building that has just been put into use without the administration board, before organizing the illegal entry of the rest in their group.

After the detection of two such illicit entry cases, the Hanoi police have launched a general review of immigrants living in apartment buildings across the Vietnamese capital city, as well as encouraging local residents to report suspicious new inhabitants, Duong said.

Previously, all karaoke parlors, bars, discos and game centers in Hanoi had ceased their operations from 0:00 on Friday.

Hanoi has confirmed five local COVID-19 cases since April 27, according to the municipal health department, after the country had gone about a month without detecting any community transmission.

Vietnam has recorded 2,996 coronavirus infections, including 1,608 local cases and 35 deaths, since the virus first struck the country on January 23, 2020, according to the health ministry’s data.

Recoveries have reached 2,560 as of Wednesday morning.