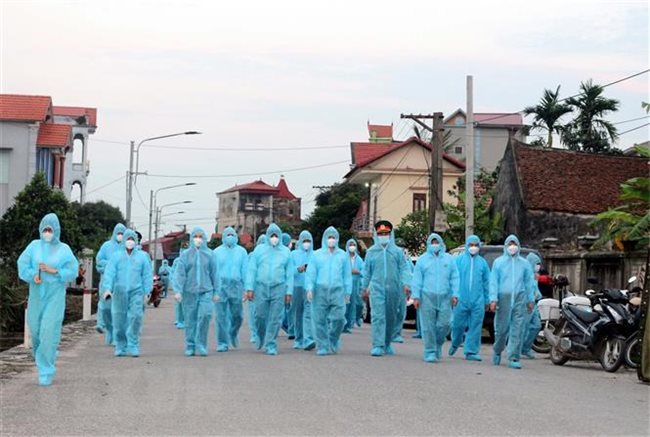 Tran Xuan Duong, vice chairman of the provincial government, told Dan Tri newspaper on May 4 that the northern province will seriously handle the responsibilites linked to the 2,899th Covid-19 patient and the coronavirus outbreak in the hamlet in line with prevailing regulations.

In a related development, the capital city of Hanoi decided to suspend operations of non-essential businesses such as cinemas, massage parlors, spas, stadiums, gym centers and mass gatherings starting from today, May 5, to prevent the spread of Covid-19, said Chu Xuan Dung, vice chairman of the municipal government, at a meeting on May 4.

He also asked localities in the city to ramp up efforts to raise public awareness over Covid-19 infection prevention and control. Local residents should minimize large gatherings and strictly follow Covid-19 safety measures.

He suggested that any person who develops symptoms of fever, cough or shortness of breath should be placed in quarantine. As for areas under lockdown, local residents should be banned from entering or exiting.

Further, according to director of the Hanoi City Health Department Tran Thi Nhi Ha, the capital city will still implement the 14-day quarantine requirement in line with the national steering committee for Covid-19 infection prevention and control, but the city will tighten control over quarantining and testing measures. After completing the mandatory 14-day quarantine period, a quarantinee will be further monitored at home by a tracking device.