Head coach of the national football team Park Hang-seo has announced 35 footballers named in the latest national team squad which will take part in fixtures in June as part of qualifiers in the Asian region for the 2022 FIFA World Cup. 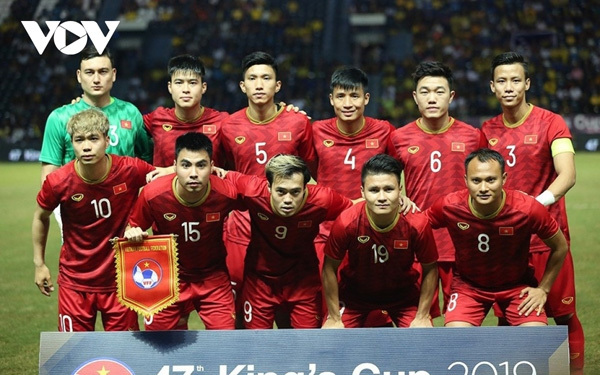 The players selected in the team have all put in a number of strong performance in local competitions in recent times.

Despite this, key player Doan Van Hau misses out due to injury.

Furthermore, Huu Tuan of Hoang Anh Gia Lai FC also misses despite putting in a number of eye-catching performance in the V.League 1, helping his team lead the table after 12 games played.

The national team are scheduled to gather in Quy Nhon City of Binh Dinh Province on May 10 before taking on local side Binh Dinh FC in a friendly on May 17.

One day later the team will travel to Hanoi to undergo a short training camp, before Hang-seo decides to choose a final list of 25 footballers who will compete in the World Cup qualifiers.

The Vietnamese team will then fly to the United Arab Emirates (UAE) on May 26 where they will play a friendly match against Jordan on May 31.

Moving forward, Vietnam are scheduled to take on Indonesia on June 7, Malaysia on June 11, before facing hosts the UAE on June 15 as part of the remaining fixtures in Group G of the Asian region’s World Cup qualifiers.