As of April 20, foreign investors had pumped USD 12.25 billion into Vietnam this year, equal to 99.3 percent of the amount recorded in the same period last year, according to the Foreign Investment Agency under the Ministry of Planning and Investment. 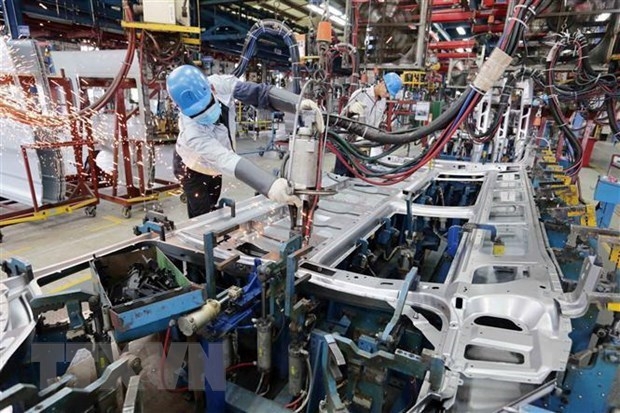 Vietnam’s success in the fight against COVID-19 and its overall stability have increased its competitiveness and resulted in positive outcomes in foreign direct investment (FDI) attraction since the start of the year, VNA cited Director of the Foreign Investment Agency under the Ministry of Planning and Investment Do Nhat Hoang.

The country needs to further capitalise on its strengths, potential, and opportunities to absorb future investment, he added.

Vietnam clearly exhibits stability in its macro-economic and political situations and boasts a high level of prestige in investment attraction, as the number of large-scale energy and processing-manufacturing projects applying high technology in key sectors has been on the rise.

As of April 20, foreign investors had pumped USD 12.25 billion into Vietnam this year, equal to 99.3 percent of the amount recorded in the same period last year.

Of the amount, nearly USD 8.5 billion was poured into 451 new projects, up 24.7 percent in value and down 54.2 percent in project numbers year-on-year.

Meanwhile, more than USD 2.7 billion was added to 263 existing projects, down 10.6 percent and 21.5 percent, respectively.

The remaining investment capital, over USD 1 billion , was used for capital contribution and share purchases in a total 1,151 transactions.

Among the 67 countries and territories with investment projects during the period, Singapore led with USD 4.8 billion , followed by Japan with more than USD 2.5 billion and the Republic of Korea with USD 1.5 billion.

The country is also working to attract projects from Europe and the US.

Various incentives for FDI investors have been launched, along with opportunities brought about by new generation free trade agreements Vietnam has signed. The Government has also exerted efforts in administrative reforms and in improving the investment climate.

Localities must revise their legal documents and investment policies to address any inconsistencies and should take the initiative in choosing projects that match their own potential and investment orientation.

Priority should be given to hi-tech, energy and space-saving, and environmentally-friendly projects./.