HCMC, Da Nang, Yen Bai are among the latest localities to crack down on recreational activities and public gatherings 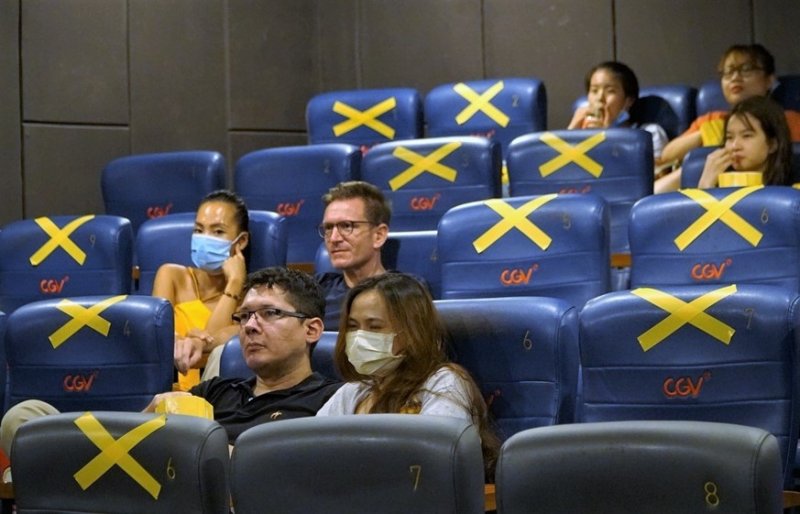 The decision was made at an urgent meeting held by Ho Chi Minh City Steering Committee for Covid-19 Prevention and Control. Nguyen Thanh Phong, chairman of the Municipal People’s Committee, called for high alert in the community as the city is facing rising the threat of a new outbreak.

In Hanoi, authorities also required the closing down of cafes, tea stalls and streetside eateries from the evening of May 3. For indoor restaurants and cafes, disinfecting, social distancing and other anti-pandemic measures must be ensured. Takeaways are encouraged.

On April 27, the capital also ordered the suspension of all festive activities and the operation of walking streets, as well as the limitation of unnecessary events that draw large gatherings.

Chairman of Da Nang People’s Committee on Monday called for pilgrims and beach bums to stop holding religious rituals and vacationing at beaches, to avoid the spread of Covid-19. Sporting and recreational facilities, night markets and walking streets have also been closed. 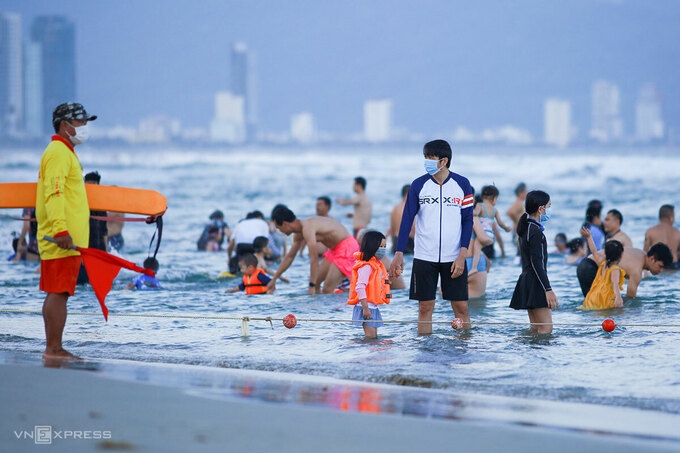 A beach in Da Nang frequented by crowds of people on Reunification Day amid rising Covid-19 concerns (Photo: VNE)

Celebrations and funerals should be attended by no more than 30 people. Restaurants, streetside stalls, and mass transit must strictly follow preventive measures.

Political and socio-economic events must get licenses from local authorities to take place.

In the meantime, Yen Bai Province has issued an official dispatch regarding the ban of all celebrations, weddings, parties and other large gatherings. Funerals should be small, simply held and in line with anti-epidemic protocols. Cremation is encouraged. 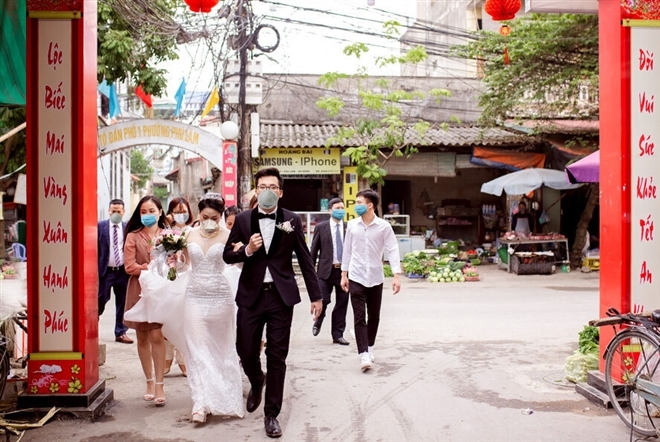 In Yen Bai, weddings and are celebrations are temporarily suspended (Photo: VTC News)

Other provinces, including An Giang, Lam Dong, Quang Ngai, Thai Nguyen, have also been strengthening preventive orders, including the temporary cancellation of non-essential activities.

A series of schools, from nurseries to high schools and establishments offering higher education, have switched to online classes. With such a school closure plan, Vietnamese students are set to “enjoy” a prolonged holiday break after a 4-day-off period for Reunification Day and International Labor Day.

Education disruption has been common in Vietnam since the start of the Covid-19 pandemic. Last year, students across the country returned to school in mid-June after 4-months of online tuition, an event unprecedented in history. The National University entrance exam was also put off until September, nearly two months late.

During the ongoing community outbreak, Vietnam has recorded 36 cases scattered across the country, all since April 29.

They are all linked to a "super spreader" known as Patient 2,899.

Until April 29, Vietnam had gone for more than one month without recording any new locally-transmitted of Covid-19.

Patient 2,899 tested positive for the coronavirus after returning home from two weeks of quarantine following his return from Japan.

The man returned from Japan on April 7 and was quarantined at the Alisia Beach hotel in central Da Nang City. He tested negative for the coronavirus three times during his stay.

On April 22 he returned home to Ha Nam and self-isolated. But on April 24 he began to display symptoms such as coughing, fever and throat pain, and was taken to a local medical facility for testing.

Following a positive test result, he has been quarantined at the Ha Nam General Hospital, while his close contacts have been put in quarantine.