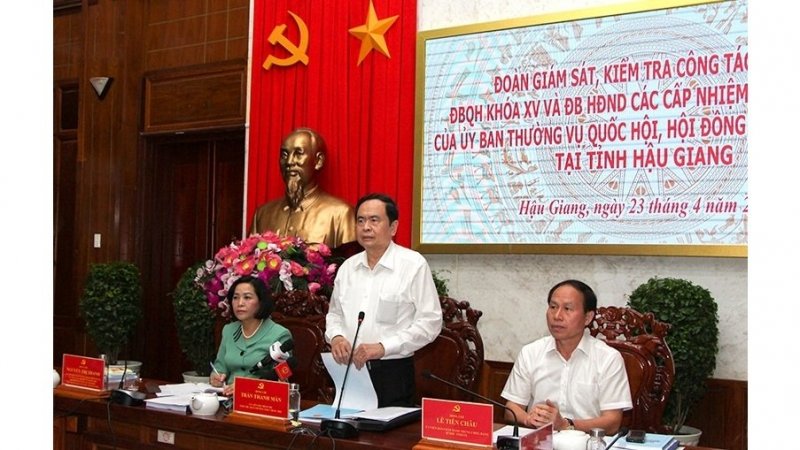 NDO – A delegation from the National Assembly (NA) Standing Committee and National Election Council (NEC) visited the Mekong Delta province of Hau Giang on April 23 to examine local preparations for the upcoming elections of deputies to the 15th NA and all-level People’s Councils for 2021-2026.

Speaking at the meeting, Man praised the results achieved by the province in its election preparations which have adhered to the set plan and in the order prescribed, while communications on the elections have also been implemented quite well.

He suggested Hau Giang continue to focus on strictly implementing Directive 45 from the Politburo on the elections, fully provide the related documents and regulations from the central, provincial, district and commune levels on election work, while ensuring security and social order to make sure the elections take place in a democratic, lawful, safe and thrifty manner.

Ninh Thuan has established 73 elections committees at all levels as well as 513 electoral boards in its constituencies. In March, voting polling stations were finalised for all 65 communes, wards and towns across the province. Ninh Thuan is expected to have 523,256 voters voting at 460 polling stations.

* On the afternoon of the same day, the delegation led by Cuong also had a working session with the Election Commission of Binh Thuan province. Up until now, the organisations in charge of the elections in Binh Thuan have completed all work related to the elections, including the establishment and listing of voters according to regulations. The number of voters in the province is 978,269, accounting for 78.9% of the province's population. The whole province has 820 polling stations. 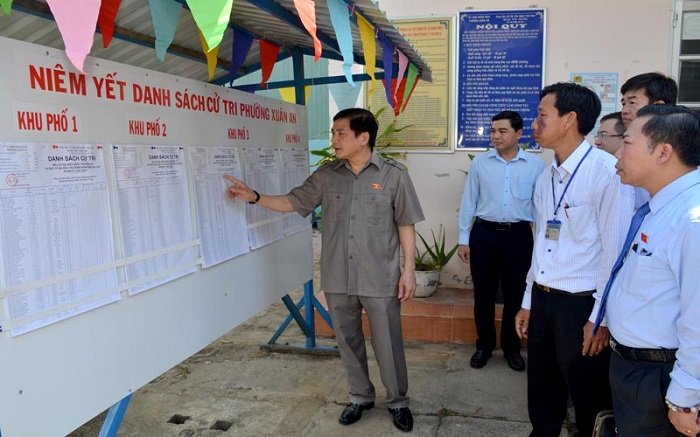 * The Vietnam Fatherland Front Committee of Quang Nam province has held a meeting with the candidates running for slots at the upcoming elections and implemented its plan to meet voters for their election lobby campaigns. In order to ensure the election’s progress and adherence to all requirements, the Provincial Election Committee will set up a hotline to solve problems arising.

* Hanoi Youth Union units have held a range of activities in response to the elections, including organising contests and a forum to help youngsters understand more about their rights during the elections, as well as joining campaigns to clean up the environment to welcome the upcoming elections.

* In Dak Lak province, Buon Don District Youth Union has organised a forum to help its members, who are candidates running for the election to People's Councils for the 2021-2026 term, sharpen their skills for election lobbying during their meetings with voters.

* On April 23, the Thai Binh Women's Union held a training course for female candidates running for the first time for People's Councils at all levels for the next term, attracting 76 local female candidates.

* Also on April 23, Long An province police held a meeting to review the work of ensuring security and order in April and plans for ensuring security on the upcoming April 30 and May 1 holidays, as well as monitoring the national election set for May 23.

* On April 22 and 23, a delegation from the National Steering Committee for COVID-19 Prevention and Control, led by Deputy Minister of Health Tran Van Thuan, came to inspect the prevention and control of the epidemic, COVID-19 vaccination and healthcare work for the elections in Soc Trang, Bac Lieu and Ca Mau provinces.