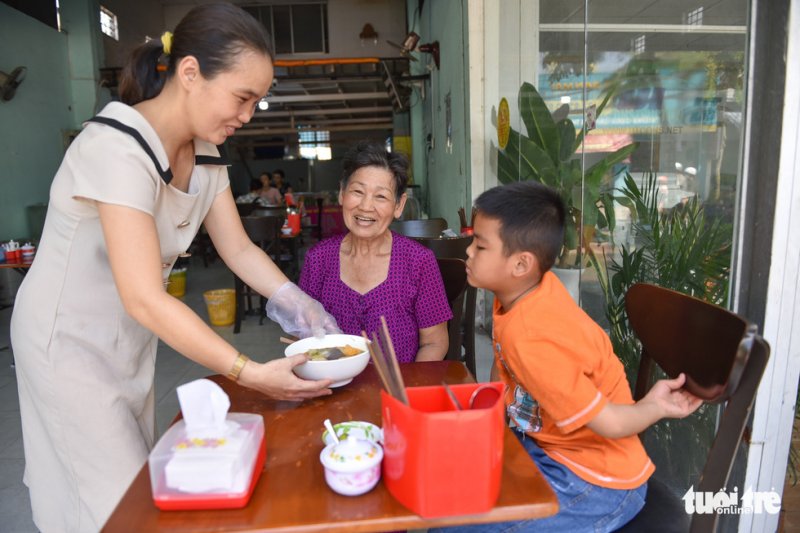 Running a small restaurant selling noodles for a living, Tran Thi Quynh Mai is also willing to give away meals for free to people in need.

To many poor laborers who live in the neighborhood, Mai’s restaurant selling ‘bun rieu’ - crab paste vermicelli soup - has been a familiar destination for the last seven months.

Mai, who is about four months into her pregnancy, has sold ‘bun rieu’ in a family restaurant based on Nguyen Van Tao Road in Nha Be District, which is in the outskirts of the Ho Chi Minh City, for about seven months.

Her family restaurant not only serves customers in general but also special clients for free at the same time.

One week after launching the restaurant, seeing the disabled and lottery ticker vendors wandering, Mai thought to herself, “Why couldn’t I ease their difficulties by providing them with free meals?”

So, she decided to hang a placard that reads, “If you are in difficulty, please enter. You will be respectfully served free of charge."

“I don’t earn big from selling food every day, but I don’t care about how much it would cost by doing this," Mai told Tuoi Tre (Youth) newspaper.

“The happiness from the people who have received my support makes me happy too.

"I can help the people in need reach some opportunities to move forward.

“I think that even in a day they are not lucky enough to sell goods well, they will still have a healthy meal."

Mai was once a kitchen manager, but she decided to quit the job after getting married.

She took part in many charity projects when she was a student.

Bui Ngoc Diep, 72, a resident in Nha Be District, is one of Mai’s most frequent customers.

Diep works as both a lottery ticket seller and a recyclable trader to earn money for raising a grandson.

At first, Diep did not dare to enter Mai’s restaurant despite seeing the notice board offering free food.

Thanks to the owner’s kindness and pleasure, Diep has become an acquaintance here.

"Coming to her restaurant, I am not only given a free meal but I was also given free face masks, which helps me save more money to pay monthly tuition fees for my grandson." 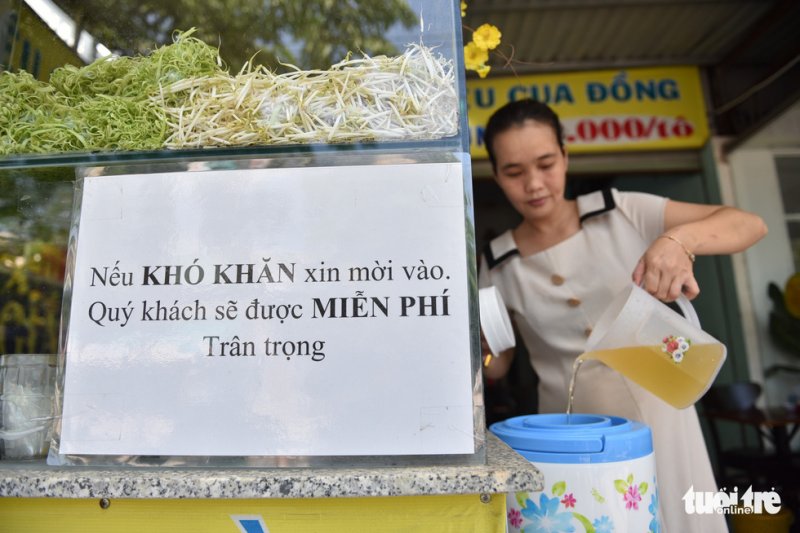 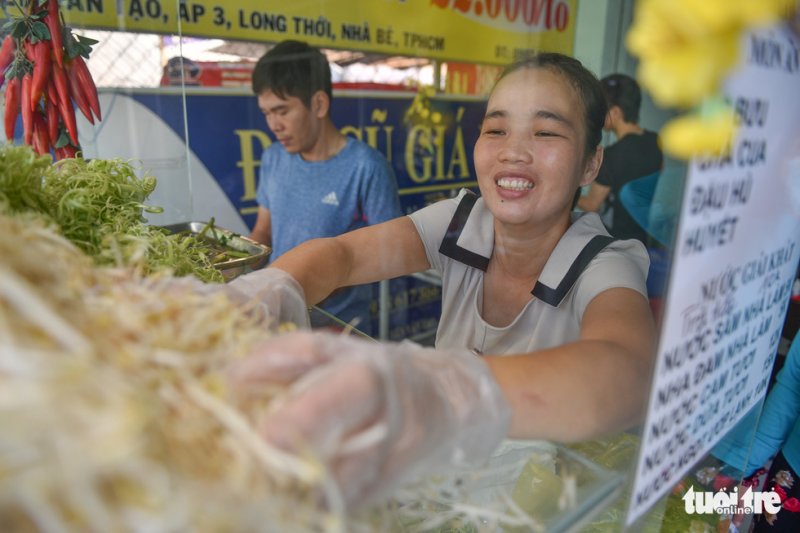 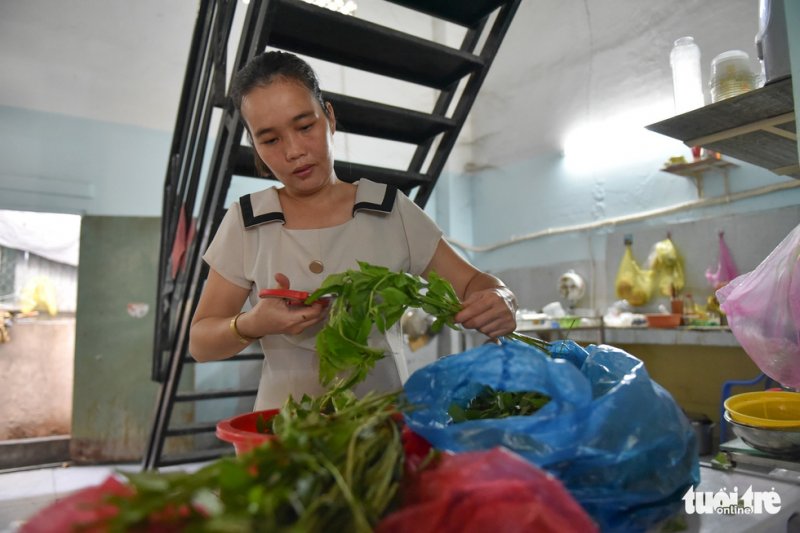 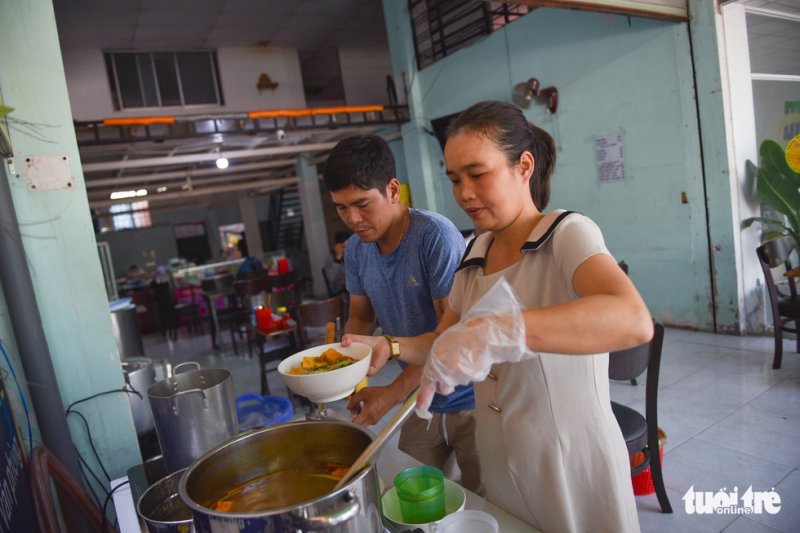 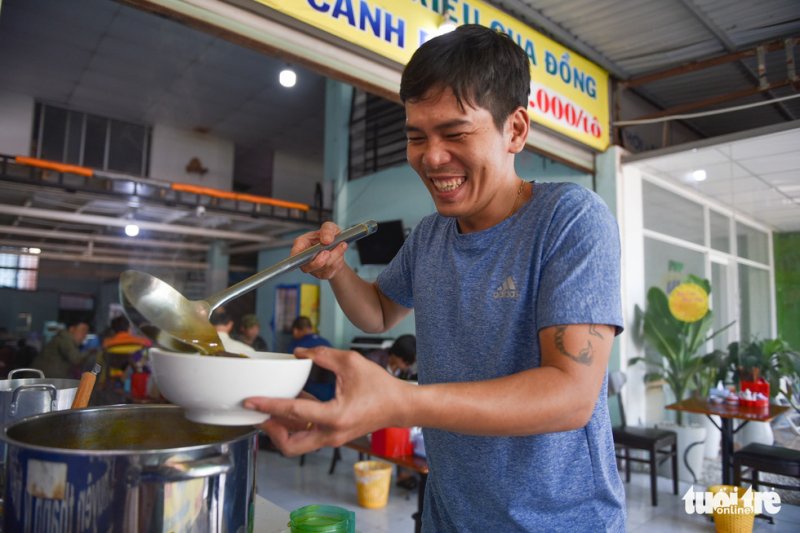