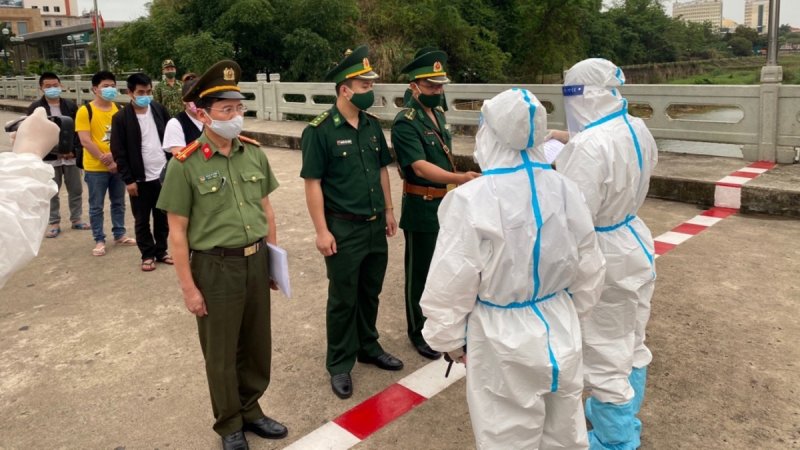 Chinese citizens illegally entering Vietnam are handed over to the authorities of Dongxing city, Guangxi province of China.

The arrest was made on March 28 while the four Chinese citizens was travelling by car on National Highway 18A in Cong Hoa commune of Cam Pha City.

Searching the vehicle, the police found the four Chinese suspects had not brought with them any legal immigration papers.

The Chinese nationals confessed that they had planned to enter Vietnam and then travel to Cambodia for employment.

The police moved swiftly to place the group into quarantine in an effort to prevent the possible spread of the novel coronavirus (COVID-19). In addition, the Chinese nationals were also fined VND4 million each.