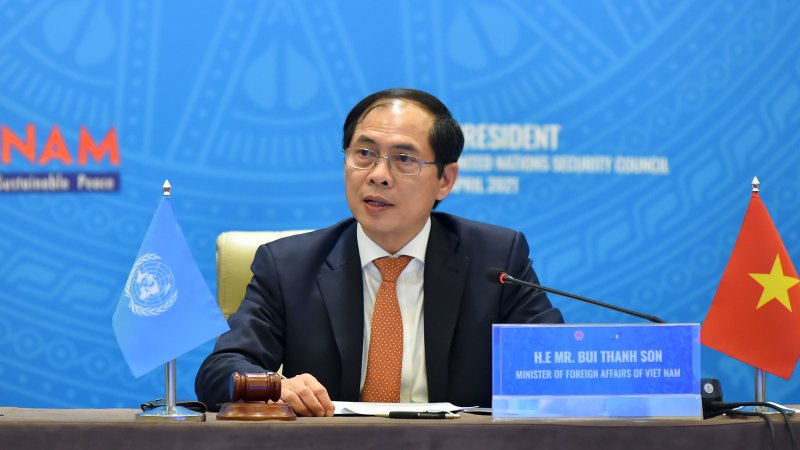 Son was born in 1962, a native of Hanoi. He has been with the Ministry of Foreign Affairs for more than 30 years and has built up a wide range of experience and expertise in various fields of bilateral and multilateral diplomacy.

He graduated in 1984 from the University of Diplomacy (now the Diplomatic Academy of Vietnam) and obtained a Master's degree in International Affairs from Columbia University (USA) in 1993.

Son began his diplomatic career in November 1987 as a researcher at the Institute for International Relations, Ministry of Foreign Affairs.

From March 1996, he was designated as the Deputy Head and then the Head of Euro-American Committee, Chief of Office, Institute for International Relations, Ministry of Foreign Affairs.

From March 2000 to July 2003, he was the Minister Counselor at the Embassy of Vietnam to the Republic of Singapore, before returning to the Department for Foreign Policies of the Ministry of Foreign Affairs.

Between September 2008 to November 2009, he acted as the Assistant Minister of Foreign Affairs and the Director General of the Department for Foreign Policies. He was Vietnam’s Chief Negotiator for the Partnership and Comprehensive Cooperation Agreements (PCA) between Vietnam and the EU from November 2008 to June 2012.

Today, 11:30
HCMC to have only one administrative level from July 1