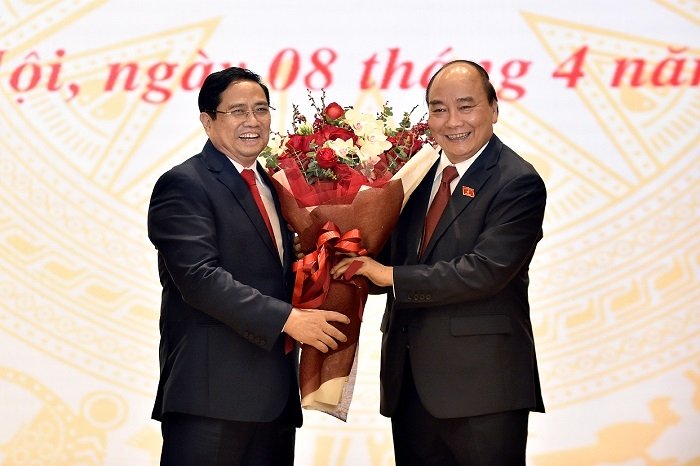 He said the Government members in 2016-2021 tenure are proud for having dedicated themselves to serve the country and the people, taking the country one step forward and winning the support of the people and the business community.

He expressed the belief that the Government, under the leadership of PM Chinh, will continue to reap new achievements.

PM Chinh praised the contributions of Phuc in his capacity as Prime Minister and the Government in the 2016-2021, leaving behind important imprints.

He pledged to inherit and further build on the great achievements of the previous tenure for the country’s rapid and sustainable development.