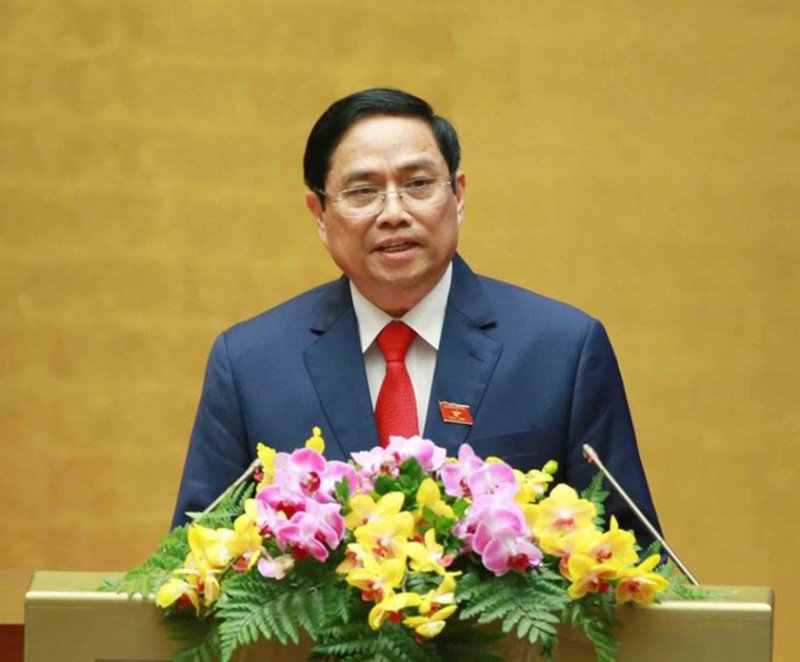 Newly-elected Prime Minister Pham Minh Chinh delivers the inauguration speech on April 5 afternoon (Photo: VNA) The resolution won over the support of 462 of the 466 legislators present at the sitting, equivalent to 96.25 percent of the total NA deputies, and took effect immediately after the adoption.
Earlier, legislators elected the new PM by secret ballot. Pham Minh Chinh, born on December 10, 1958, is a member of the Party Central Committee in the 11th, 12th and 13th tenures, a Politburo member in the 12th and 13th tenures, Secretary of the Party Central Committee in the 12th tenure, Chairman of the Party Central Committee’s Organisation Commission and head of the committee’s sub-committee for internal political protection in the 12th tenure, an NA deputy in the 14th tenure, and Chairman of the Vietnam – Japan Parliamentary Friendship Group of the 14th NA.
RELATED NEWS
TAG:
Other news