Home / News
Tri An Lake faces pollution challenge
hanguyen0409 5-04-2021, 11:07
Through the observation result of the Environmental Protection Department under the Department of Natural Resources and Environment, the water quality does not meet the standards, especially the concentration of chemical oxygen demand (COD), biochemical oxygen demand (BOD), nutrient and microorganism testing in the water at the upstream Tri An Lake and La Nga Bridge generally exceed the standards. 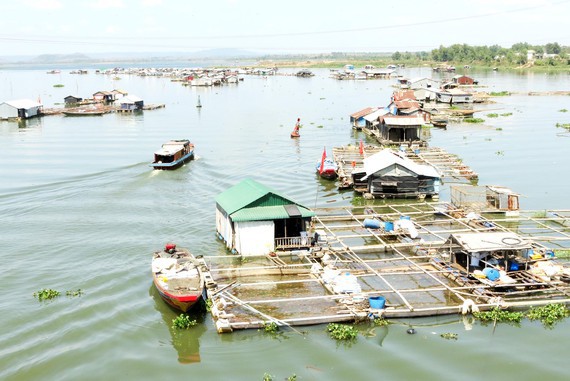 The water quality at Gia Tan stream is always under a condition of organic pollution. The pollution was due to wastewater from livestock breeding and dairy production, from the neighboring residential areas.
Tri An Lake is an artificial lake on the Dong Nai River in Dong Nai Province’s four districts of Vinh Cuu, Dinh Quan, Thong Nhat and Trang Bom which plays an important role in storing water to provide and regulate drinking water for millions of people living in the downstream areas, including Ho Chi Minh City.