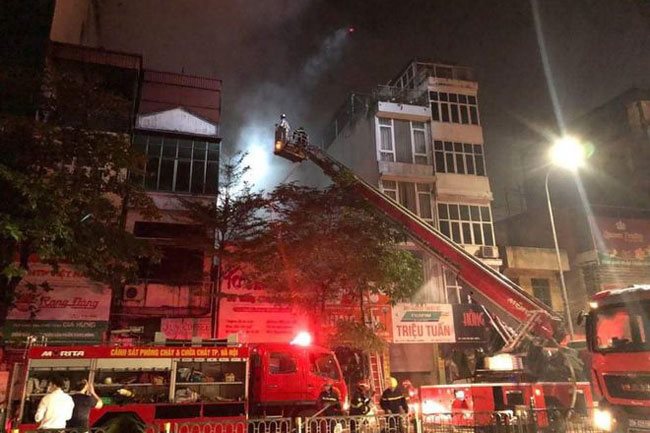 Firefighters try to put under control a fire that breaks out at a baby goods shop in Hanoi - PHOTO: TNO

The fire broke out at some 1 a.m., when several adults and children were sleeping at the shop, the local media reported.

After receiving the news, the police dispatched 10 fire trucks and tens of firefighters to the scene. By 3:30 a.m., the fire was put out.

Four bodies of the victims have been found as of 4:30 a.m., including an 81-year-old man, his 40-year-old pregnant daughter, his 38-year-old son-in-law and his 10-year-old granddaughter.

The police have cordoned off the scene and are investigating the cause of the blaze.