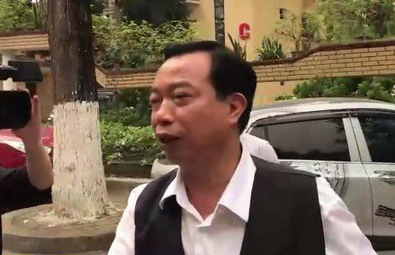 The director of a mental health hospital in Hanoi has been suspended from work after a patient was found organizing and running a drug ring inside the infirmary.

The Ministry of Health on Thursday decided to temporarily suspend Vuong Van Tinh, director of the National Mental Hospital 1 in Thuong Tin District.

A similar suspension was also imposed upon Do Thi Luu, head of the hospital’s department of functional rehabilitation and traditional medicine, and Ta Thi Them, chief nurse at the department.

The unit was providing treatment for 38-year-old Nguyen Xuan Quy, who had a history of mental illness and was admitted to the National Mental Hospital 1 in November 2018.

Police officers confirmed on Wednesday they had arrested Quy for trading and storing narcotics, as well as organizing drug use.

The patient was also found to have modified his room at the hospital, equipping it with soundproofing, loudspeakers, and laser lights, to use drugs and party with friends, some hospital staff members, and even prostitutes.

He also operated an illegal drug trading ring on the premises of the infirmary and had multiple subordinates. 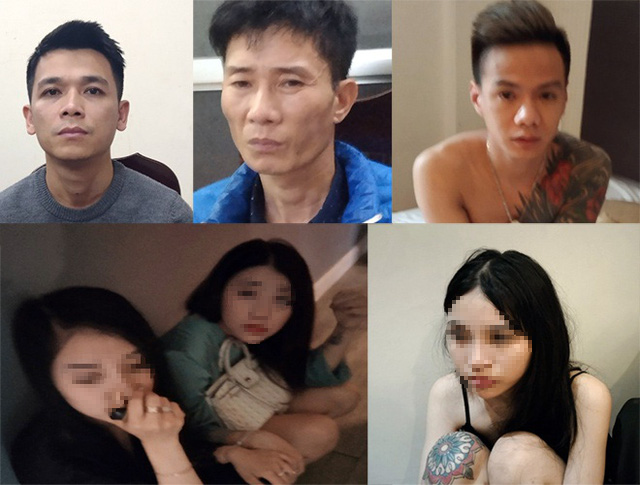 This supplied photo shows suspects involved in the drug ring at the National Mental Hospital 1 in Hanoi.

Nguyen Anh Vu, a technician of the hospital’s department of functional rehabilitation and traditional medicine, was charged for failure to report a crime.

Police have searched the suspects’ houses and confiscated 6.1 kilograms of synthetic drugs.

The National Mental Hospital 1 has sent two reports on the case to the Ministry of Health.

In the reports, the infirmary said it was completely unaware of the illegal activities.

The reports did not explain how Quy was allowed to modify his room and run his drug ring.