Termites are threatening many relics in the ancient town of Hoi An's old quarter, local authorities and residents have reported.

A survey by the Institute of Ecology and Works Protection in collaboration with the Hoi An Cultural Heritage Conservation Management Centre (CHCMC) recently revealed 265 of the 800 historical relics in the old quarter of Hoi An Town have some levels of termite problems. 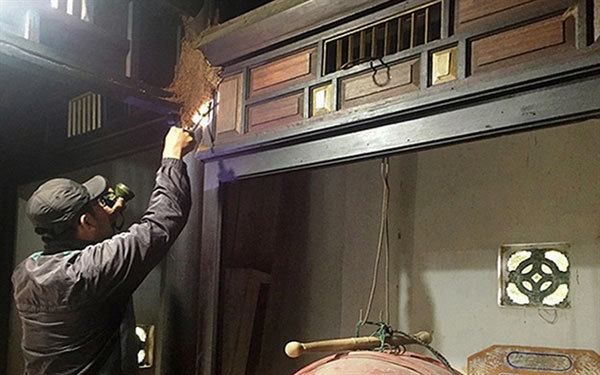 An authority official is checking one of the relics damaged by termites. VNS Photos Luu Huong

The survey said these relics have been severely damaged since the recent COVID-19 social distancing last July.

They also issued an urgent warning that solutions should be needed immediately to prevent the damage and keep the termites away, or the relics would be completely destroyed in a short time.

Pham Phu Ngoc, Director of the CHCMC, said the termites had caused rapid degradation of the relics.

"It is really a big challenge for all of us," he said.

Nguyen Thi Linh, an owner of the old house at 41 Nguyen Thai Hoc in Minh An Ward, said: "Hoi An is located at the end of the Thu Bon River, it suffers a lot from annual floods, along with that is hot weather and rain causing humidity. These are very favourable conditions for termites to grow and develop rapidly."

From the end of September to October last year, the ancient town suffered about 10 floods so termites appeared more often and with high density than usual, Linh said.

Linh complained her family's old house, as well as many others in the old quarter of the town in the central province of Quang Nam, were already damaged by storms and floods and now faced termites.

The survey determined many of the damaged relics are located in Minh An, Cam Pho and Son Phong wards. Nearly 200 of them are classified in the list of special conservation.

"They are all now being attacked and seriously damaged by termites," the survey said.

After the social distancing due to the COVID-19 pandemic, many houses on ancient streets as well as in the alleyways of the town still remain in a state of shutdown as their owners live elsewhere or the tenants are not running their business due to a lack of tourists and customers.

The streets are deserted and old houses are also closed without housekeepers.

"No tourists, no residents. It is just a chance for termites," said an official who wished to remain anonymous.

The survey showed many relic buildings are heavily impacted by termites in their main structures including the major pillars, walls, front doors, floors and ceilings.

Damage by termites not only destroys the structure of the building but also harms the beauty and architecture of the works.

Many of the wooden surfaces infected with termites have become very rough and eroded, losing their architectural forms.

The Chua Cau (Pagoda Bridge) is one example of termite infestation and the cultural heritage symbol's pillars have been badly damaged.

"The prevention and control of termites is a regular activity implemented by the centre to protect the relics from destruction," said Ngoc.

According to the official, most of the historical relics in the ancient town are made of wood so are easy targets for termites.

"The centre has been closely working with the community to install equipment to draw out and kill termites, but can only partially handle the issue. We are unable to solve it completely," he said. 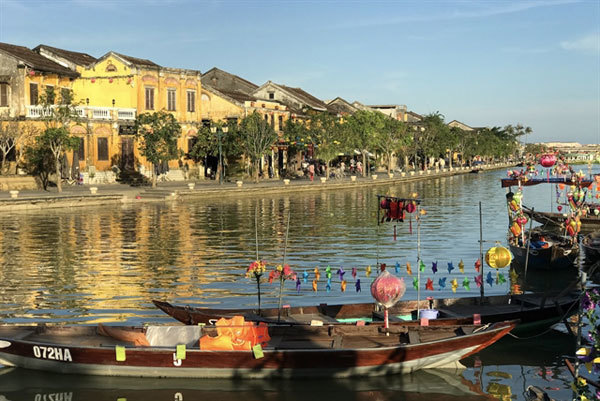 Located in downstream of Thu Bon River, the ancient town of Hoi An with its unique romantic and poetic beauty has become one of the most attractions to tourists from all over the world.

The official added that after each rainy season, the weather changed, causing humidity that helped termites appear more in the wooden relics.

Due to climate change, the weather is increasingly erratic, creating favourable conditions for termites to develop and impact relics very quickly, according to Ngoc.

The official said termite prevention should be undertaken at the same time as regular restoration and preservation.

A report from the Hoi An's People Committee revealed that in addition to buildings inside the old town impacted by termites, there were nearly 370 more works outside also built of wood that have been damaged.

In January this year, the committee issued a decision allowing the centre to work with a consultant company to survey termite damage at relics outside the old quarter.