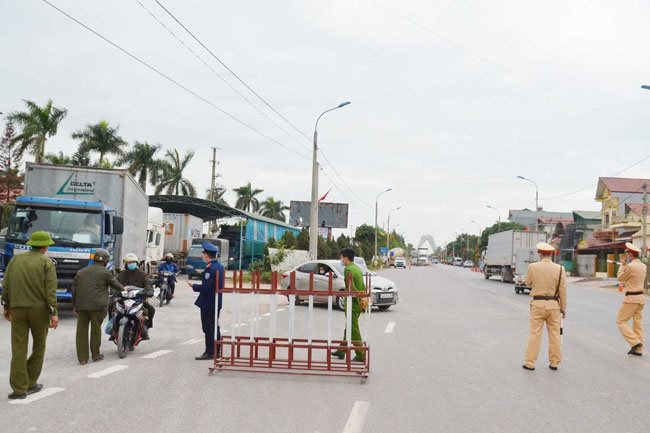 HCMC – The government of the northern province of Quang Ninh locked down Binh Duong Commune of Dong Trieu Town since 12 p.m. on January 29 to prevent Covid-19 from spreading further.

To quickly control the pandemic, Nguyen Xuan Ky, secretary of the Quang Ninh Party Committee, chairman of the provincial People’s Council and head of the provincial steering committee for Covid-19 infection prevention and control, has also ordered a close watch on the situation in the Thuy An, Nguyen Hue, Viet Dan and An Sinh communes to promptly apply lockdown measures when needed.

The province has established a quick response team to support the pandemic prevention and control efforts in Dong Trieu Town.

The prime minister had earlier asked the province to suspend the operation of the Van Don International Airport from January 28.