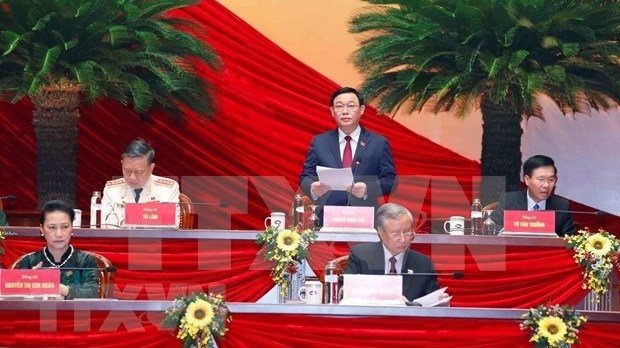 NDO/VNA – The 13th National Party Congress continues to discuss the drafts of documents on January 28, the fourth working day of the congress.

Delegates will present their opinions and analysis on contents relating to public administrative reforms; the mobilization of the entire political system and society to fulfill the goal of sustainably eradicating poverty in the mountainous and ethnic minority areas; the education of young people on revolutionary ideals and patriotism; and ways to tap localities’ potentials and advantages.

In the previous day, 23 delegates delivered presentations assessing the implementation of the resolution of the 12th National Party Congress and the “Doi Moi” (Renewal) policy over the past 35 years.

They also contributed ideas on orientations and tasks for the country’s socio-economic development between 2021 and 2025 as well as development goals until 2030 with a vision towards 2045.

The 13th National Congress of the Communist Party of Vietnam officially opened on January 26 and will last until February 2.